Donald Trump, who revels in making up nicknames for opponents and critics, also launched tweets about "Pocahontas" Elizabeth Warren, a liberal senator seen as a potential 2020 presidential candidate. 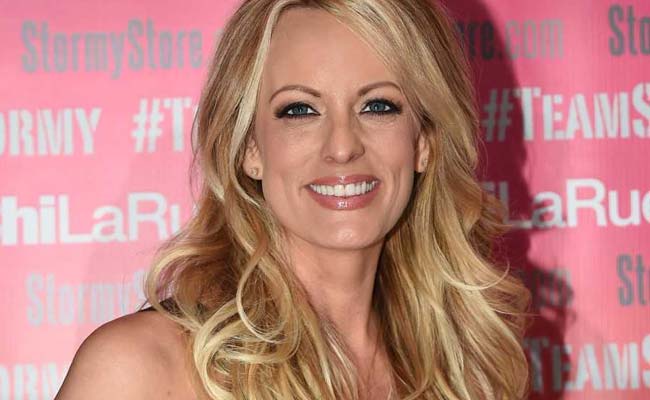 The US leader, who revels in making up nicknames for opponents and critics, also launched tweets about "Pocahontas" Elizabeth Warren, a liberal senator seen as a potential 2020 presidential candidate, whom Trump ridicules for trying to prove she is part Native American.

But the equine insult was the most startling moment of a day when the White House officially signaled that "THE PRESIDENT has no public events scheduled" -- apparently leaving him free to cut loose on Twitter.

Stormy Daniels, a blond 39-year-old whose real name is Stephanie Clifford, had a defamation suit against Trump thrown out by a federal judge on Monday. The judge also ruled that Daniels should pay Trump's legal fees.

"Great, now I can go after Horseface and her 3rd rate lawyer," he tweeted.

Daniels is one of numerous women alleging they have had affairs or have been sexually harassed by Trump, who is currently married to a Slovenian-born former model, Melania.

In a recent salacious book, "Full Disclosure," Daniels claimed to reveal the then future president's tendency toward petulance, "tantrums," and the mushroom-like shape of his penis.

But in his jubilant tweet Tuesday, Trump pronounced: "She knows nothing about me, a total con!"

Daniels, reputed to be a hard-driving businesswoman who moved from stripping to adult films to parts in mainstream movies, gave as good as she got -- by Twitter, of course.

"Ladies and Gentlemen, may I present your president," she tweeted.

"In addition to his...umm...shortcomings, he has demonstrated his incompetence, hatred of women and lack of self control on Twitter AGAIN! And perhaps a penchant for bestiality. Game on, Tiny."

Before tearing into Stormy Daniels, Trump let off three mid-morning tweets devoted to Warren, a Democrat who has been one of the president's most biting critics.

Trump has long mocked her assertion to have Native American blood, latching on to a disproven theory that Warren used her tribal heritage claim to advance an academic career at Harvard University.

What was once just a bizarre political sideshow has morphed into a full-blown obsession in which Trump routinely jokes about "Pocahontas" Warren before thousands of laughing people at his rallies.

Pocahontas was actually a historical 17th century figure, made most famous by an animated Disney movie. But Trump has made the label stick to Warren, overshadowing her ambitious political agenda.

On Monday, Warren thought she'd put the matter to bed when she answered a wager originally proposed by Trump himself, producing DNA results to show that she does indeed have a sliver of Native American genes.

By Tuesday, though, the gambit had backfired with Trump mocking the extremely modest proportions of tribal blood and pointing out that even the Cherokee Nation -- which Warren has said an ancestor belonged to -- has rejected the DNA test's relevance.

"Even they don't want her," Trump gloated. "Phony!"