Trump Calls Investigation On Russia Collusion In US Election "Illegal"

Donald Trump said in an interview that Mueller's appointment last year to investigate his 2016 election campaign for possible collusion with Russia was wrong. 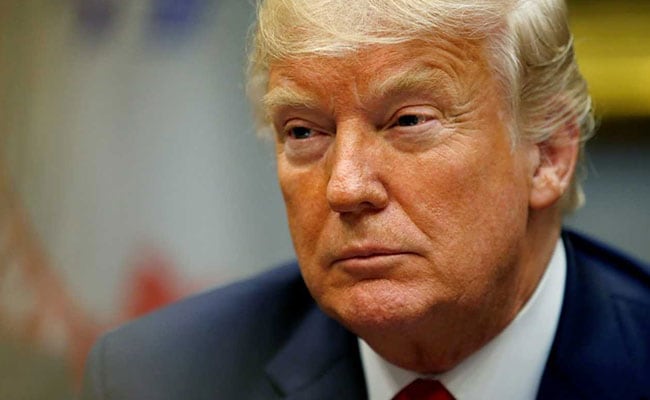 President Donald Trump on Thursday said the Russia collusion investigation headed by Special Counsel Robert Mueller is "illegal" as the probe continues to hone in on his inner circle.

Trump told Bloomberg News in an interview that Mueller's appointment last year to investigate his 2016 election campaign for possible collusion with Russia was wrong.

"I view it differently. I view it as an illegal investigation," he told Bloomberg.

He cited unnamed "great scholars" who say that "there never should have been a special counsel," according to the news agency.

Some legal experts have questioned the Justice Department's naming of Mueller, a former FBI director, to handle the probe in the absence of a specific law governing special prosecutors.

But Trump's own Justice Department says it is legal.

Miller is battling a subpoena to testify on Stone in front of a Mueller-commissioned grand jury.

Miller's case, supported by the conservative legal group the National Legal and Policy Center, argues that Mueller's appointment on May 17, 2017 violated the constitution because it was done by Deputy Attorney General Rod Rosenstein and not by Attorney General Jeff Sessions.

In fact, Sessions, who served on Trump's election campaign, had already recused himself from the Russia investigation, leaving Rosenstein empowered to act as the attorney general in the case.

Meanwhile a legal challenge to Mueller's broad mandate to chase down any lead, even if only obliquely related to Russia collusion, has also been rejected in court.