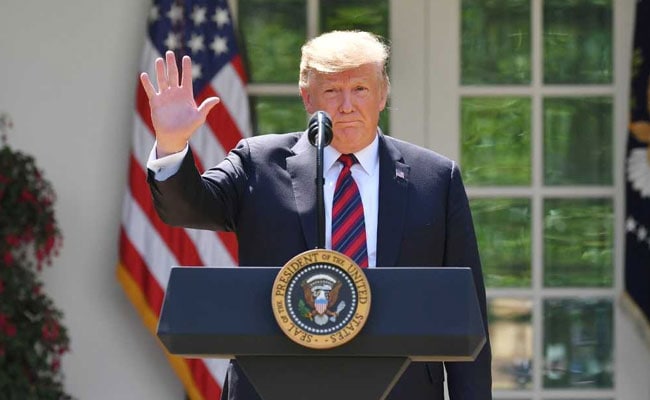 Yemeni rebels claimed an attack on a power station in Saudi Arabia's south.

US President Donald Trump has been briefed about a missile strike on Saudi Arabia, the White House said today, after Yemeni rebels claimed an attack on a power station in the kingdom's south.

"The president has been briefed on the reports of a missile strike in the kingdom of Saudi Arabia," White House spokeswoman Sarah Sanders said in a statement.

"We are closely monitoring the situation and continuing to consult with our partners and allies."

There was no immediate confirmation of the attack from Saudi authorities.

Earlier on Wednesday, a Saudi-led military coalition fighting the rebels said a Huthi drone was intercepted over Yemeni airspace.

The rebels, who have faced persistent coalition bombing since March 2015 which has exacted a heavy civilian death toll, have stepped up missile and drone attacks across the border in recent weeks.

The attacks come amid heightened regional tensions with Iran, which Saudi Arabia has repeatedly accused of arming the rebels with sophisticated weapons. Tehran denies the charge.

Following recent rebel attacks, Saudi state media has reported the coalition was intensifying its air raids on rebel positions in the northern Yemeni province of Hajjah and the rebel-held capital Sanaa.

The coalition intervened in support of the Yemeni government in 2015 when President Abedrabbo Mansour Hadi fled into Saudi exile as the rebels closed in on his last remaining territory in and around second city Aden.

Since then, the conflict has killed tens of thousands of people, many of them civilians, relief agencies say.

It has triggered what the UN describes as the world's worst humanitarian crisis, with more than 24 million Yemenis - more than two-thirds of the population - in need of aid.

(Except for the headline, this story has not been edited by NDTV staff and is published from a syndicated feed.)
Comments
Saudi Arabiayemen houthi groupDonald Trump