Donald Trump said in response to a question he picked out "a beautiful card" for first lady Melania Trump. 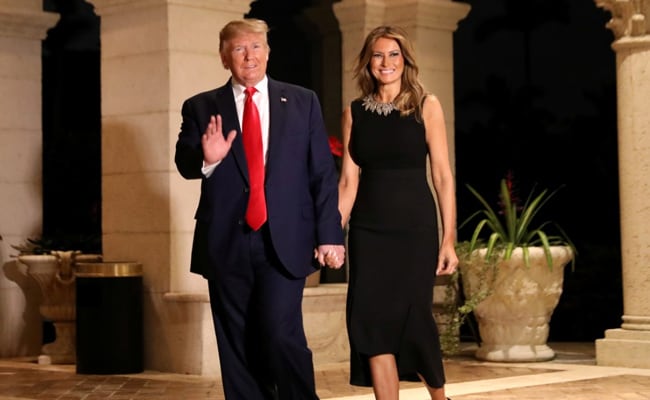 U.S. President Donald Trump said on Tuesday he had not yet bought a Christmas present for the first lady, just a day before the holiday that could bring a more ominous gift from North Korea.

During a video teleconference with members of the U.S. Armed Forces from his resort residence in Palm Beach, Florida, Trump said in response to a question he picked out "a beautiful card" for first lady Melania Trump.

"I'm still working on a Christmas present. There's a little time left. Not too much, but a little time," he said.

Another holiday surprise may be on the president's mind.

Many experts have speculated that the gift could refer to a long-range missile test. But Trump brushed off concerns as he spoke to reporters from his resort.

"We'll see what happens," he said. "Maybe it's a present where he sends me a beautiful vase as opposed to a missile test," he joked. "You never know."

This would not be the first time Trump has marked an important occasion with a card for the first lady.

When asked in April 2018 on television show "Fox and Friends" what he got his wife for her birthday, Trump said, "I better not get into that because I may get in trouble. Maybe I didn't get her so much." He added that he was very busy and got her a beautiful card and flowers.

Trump has visited the Trump International Golf Course each day after he arrived on Friday night, delivering remarks to young conservatives at an event on Saturday as well.