Do Not Vote For 'Demagogue' Donald Trump, USA Today Tells Its Readers 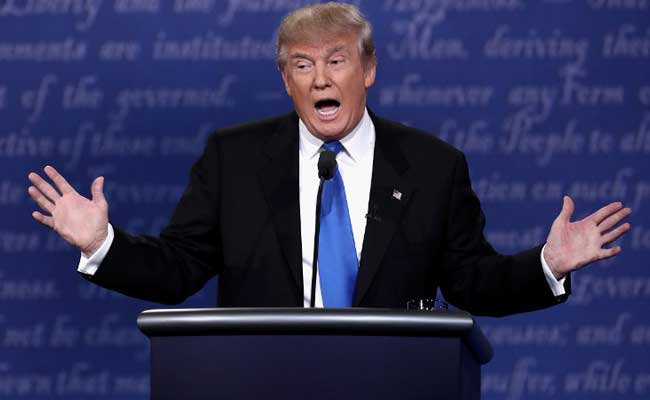 USA Today on Thursday urged its readers not to vote for Donald Trump.

Washington: Branding Donald Trump a "dangerous demagogue," USA Today on Thursday urged its readers not to vote for the Republican presidential candidate, but added that it was not endorsing his Democratic rival Hillary Clinton either.

The national newspaper said in an editorial that it had never taken sides in US presidential elections in its 34-year history, but was abandoning the practice because the New York real estate developer was unfit for the presidency.

It went on to list and expand on eight reasons for its stance, including: "He is ill-equipped to be commander in chief," "He traffics in prejudice," and "He's a serial liar."

In an opinion piece on the USA Today website, Trump's running mate Mike Pence wrote that the New York businessman was "thoughtful, compassionate and steady... I know he is ready to lead the United States as our next president and commander in chief."

Trump and Clinton are locked in a close race for the November 8 election. A majority of Americans say Clinton won their first presidential debate on Monday, according to a Reuters/Ipsos national tracking poll.

Promoted
Listen to the latest songs, only on JioSaavn.com
USA Today, published by Gannett Co Inc, said its editorial board was divided on Clinton, and some of the reservations about the former secretary of state centered on her "sense of entitlement, her lack of candor and her extreme carelessness in handling classified information."

Urging voters to stay true to their convictions, USA Today said: "Whatever you do, however, resist the siren song of a dangerous demagogue. By all means vote, just not for Donald Trump."
© Thomson Reuters 2016