Watch: Rishi Sunak Lights Diya On Downing Street In London Ahead Of Diwali

The Diwali celebrations have moved online across the UK as England entered its second stay-at-home lockdown last week. 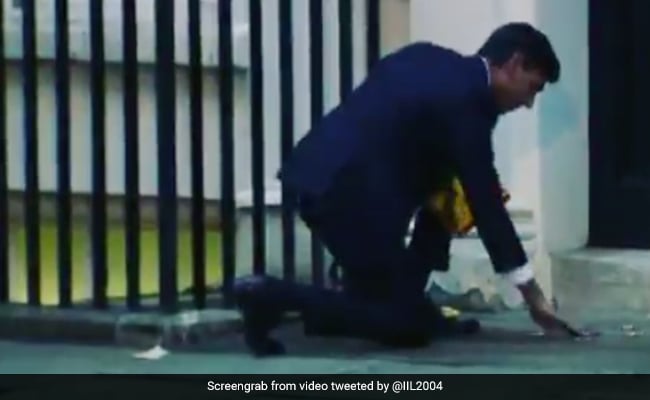 Rishi Sunak was seen placing four lamps in front of his official residence.

UK Chancellor of the Exchequer Rishi Sunak was seen lighting diya (earthen lamps) outside Number 11 in Downing Street, his official residence in London, ahead of the festival of Diwali.

The 50-second clip showed Britain's Indian-origin Finance Minister coming out of his residence and placing four lamps at the doorstep.

Downing Street houses the official residences and offices of the Prime Minister of the United Kingdom and the Chancellor of the Exchequer.

Mr Sunak's gesture marks a first for Downing Street, which annually sees the UK Prime Minister host a Diwali gathering and an Annakut, or spread of festive food, from London's Swaminarayan Mandir next door at No. 10.

Diwali celebrations this year have moved online across the UK as England entered its second stay-at-home lockdown last week.

Mr Sunak had earlier urged the British Hindus to follow the lockdown rules and refrain from the usual tradition of getting together with friends and family.

"Just a couple more weeks and we are going to get through this and it's going to be so much better on the other side. We will have lots of happy times afterwards. But, to keep everyone safe right now, just follow the rules," he said.

The 40-year-old, who is married to Akshata Murthy – the daughter of Infosys co-founder Narayana Murthy, has spoken about being a "proud Hindu" over the years.

UK Prime Minister Boris Johnson, in his message during a first-of-its-kind virtual Diwali festival last weekend, had hailed the Diwali spirit of the victory of light over darkness and good over evil.

"I know that celebrating at a distance isn't easy when you want to get together with all your family or visit your friends or share with them the Diwali fun, as well of course the odd samosa or gulab jamun," said Mr Johnson, in his inaugural address to the ''iGlobal Diwali Fest 2020''.