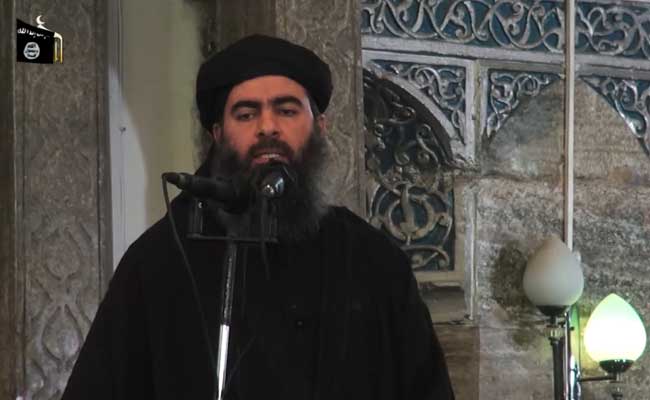 In a new 26-minute-long video statement, al-Qaida in the Arabian Peninsula (AQAP) and al-Qaida in the Islamic Maghreb (AQIM) said the Islamic caliphate declared by the Islamic State was illegitimate, dismissively referring to that militant organization as "Baghdadi's' group," a reference to its leader, Abu Bakr al-Baghdadi.

The statement, which was shared on al-Qaida's Twitter and Telegram accounts on Sunday, was read in Arabic by Khalid Batarfi, an AQAP official, with English subtitles added to the video. It is only the second time that AQAP and AQIM - al-Qaida's affiliates in Yemen and North Africa, respectively - have released a joint statement, according to the SITE Intelligence Group, which described the tone of the message as "scathing."

The new statement appears intended to rebuke the Islamic State for a recent speech by its spokesman Abu Muhammad al'Adnani, who had warned that Sunni Muslims who fought against the Islamic State needed to pledge allegiance to the group or face death. In their statement, AQAP and AQIM accused the Islamic State of "deviation and misguidance" for aiming their fight against fellow Muslims when they should be fighting Jews and Christians.

"The manhaj [method] of destruction, sowing and stirring dissension and corruptions, confusing efforts, making takfir [branding as an infidel] upon those who disagree with them, then this is a manhaj of a feeble and failure [person] who has no perfection except ruin," Batarfi says in the video.

Bartafi added that any pledge of allegiance to the Islamic State was null anyway, because the caliphate declared by Baghdadi was formed through force and violence rather than consultation and mutual consent.

The AQAP-AQIM statement is the latest message highlighting the disagreement between the two groups. Ayman al-Zawahiri, the leader of al-Qaida, had warned against discontent within the Sunni Muslim world and called for unity in a recent series of messages.

These statements, dubbed the "Islamic Spring" series, appeared to leave open the possibility of al-Qaida working with the Islamic State, while still maintaining that the Islamic State's caliphate was invalid.

However, the speech by the Islamic State's Adnani had seemed to disdain Zawahiri's message, warning Muslims opposed to the group that they were being "tricked by the fatwas of the donkeys and mules of knowledge." The AQAP-AQIM message, in turn, said abuse and insult were "a stratagem of the weak and an approach of the ignorant."

The Islamic State was once linked to al-Qaida, with its roots in a precursor organization called al-Qaida in Iraq. However, in February 2014, al-Qaida formally dissociated itself with the Islamic State. Experts have suggested that al-Qaida's increasingly hostile stance toward the Islamic State is not only an acknowledgement of theological and strategic differences, but also indicative of a growing anxiety as the Islamic State expands to areas such as Afghanistan and Yemen.

In an email, Pieter van Ostaeyen, a historian and blogger who follows jihadist movements, suggested that despite the apparent animosity toward the Islamic State in recent al-Qaida statements, the "underlying message is an attempt to discourage Mujahideen to join IS."

On Monday, a new statement from Zawahiri emphasized that "hostilities" between Muslim groups needed to end for the greater good of their cause.