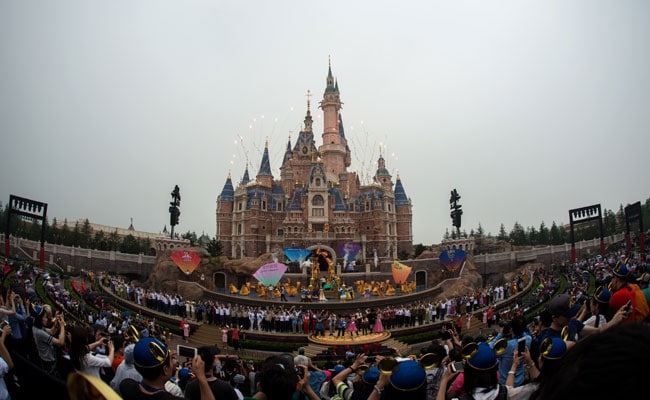 Fireworks explode over the Enchanted Storybook Castle during the opening ceremony of the Shanghai Disney Resort in Shanghai. (AFP Photo)

A Chinese vice premier joined Disney CEO Bob Iger in cutting a red ribbon as the park opened, signaling the ruling party's endorsement of the $5.5 billion investment in promoting tourism and other service industries at a time of slowing economic growth. They read out letters of congratulations from the Chinese and American presidents, Xi Jinping and Barack Obama.

Shanghai Disneyland gives the Hollywood giant a chance to burnish the brand behind "Frozen" in the world's most populous film market and to revive its struggling international theme park business. "This is one of the proudest and most exciting moments in the history of the Walt Disney Co.," said Iger, speaking after the kids choir sang "When You Wish Upon a Star." Later, actors dressed as Sleeping Beauty, Donald Duck and other Disney characters danced on stage.

Speaking as a light rain fell, Vice Premier Wang Yang quipped, "I would like to call this a rain of US dollars or of renminbi," the Chinese currency.

Wang, a member of the party's powerful Politiburo, described the park as an example of Sino-US "practical cooperation" and "people to people exchanges."

The festive sentiment was tempered by grim news from Florida that an alligator killed a 2-year-old boy at Disney's flagship Walt Disney World. The boy drowned after the animal dragged him into the water at a lagoon in the park on Tuesday.

The park's opening follows a decade of negotiations, five years of construction and weeks of having over 1 million visitors try out its rides, shops, restaurants and two hotels. Global brands like Disney are rushing to create products for Chinese tastes. The company added China-themed elements and put the emphasis on popular characters at the Shanghai park, while downplaying its American identity. At the entrance, instead of "Main Street USA," it's "Mickey Avenue."

Ahead of the opening, Iger said the park was "authentically Disney and distinctly Chinese."

In a garden leading to its iconic Storybook Castle, Disney created a "Garden of the Twelve Friends" using characters such as Remy from "Ratatouille" and Tigger from "Winnie the Pooh" as animals of the Chinese Zodiac. Disney says the park's Wandering Moon Teahouse, modeled on a building in eastern China, is the only Chinese-style structure in any of its parks.

Analysts expect Shanghai Disneyland to become the world's most-visited theme park, attracting at least 15 million and as many as 50 million guests a year. By contrast, Walt Disney World drew 19.3 million people in 2014.

"It's going to be a huge success. Everybody in China who has a kid or a grandkid is going to want to go to Shanghai Disney," said Shaun Rein, managing director of China Market Research in Shanghai.

Despite a sharp slowdown in growth, China's economy still is one of the world's best-performing and tourism spending is rising.

"Even with the weak economy, Chinese are not cutting back on tourism," said Rein. "They are still spending on experiences and on their kids." 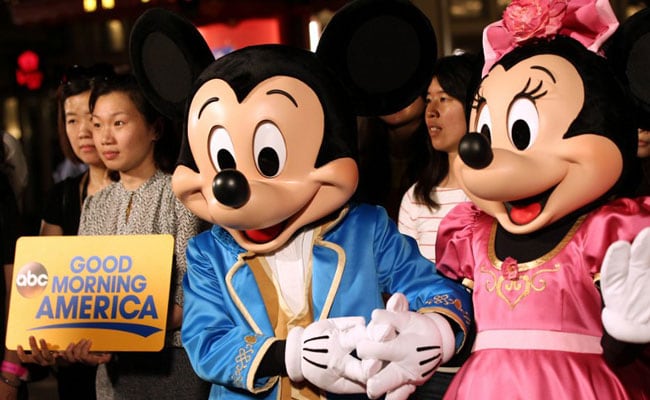 Shanghai represents a market of 300 million people living within three hours of the park by car or train in one of China's most affluent regions. China's bullet train network can draw in areas further afield.
The park should generate some $1.5 billion to $4.5 billion a year in revenue, according to Drexel Hamilton analyst Tony Wible.

Disney's state-owned Chinese partner, the Shanghai Shendi (Group) Co. Ltd., which owns 57 per cent of the 7.5-square-kilometer (2.9-square-mile) park, will get the lion's share.

Disney's international parks in Paris, Hong Kong and Tokyo haven't made a profit in six of the past 10 years, Wible figures. So the main advantage of the huge park may be promotion of the brand and merchandise.

China's tourism market is filled with inexperienced but ambitious competitors for Disney, from theme parks to golf resorts to cultural parks.

Declaring he hopes to overtake Disney as the biggest global tourism company by 2020, Wanda Group opened a 20 billion yuan ($3 billion) entertainment complex in the southern city of Nanchang in May.

China is a challenging environment in other ways, with official controls on business activities and on taking profits out of the country. Live shows like Disney's "Lion King" musical must be approved by Chinese censors. 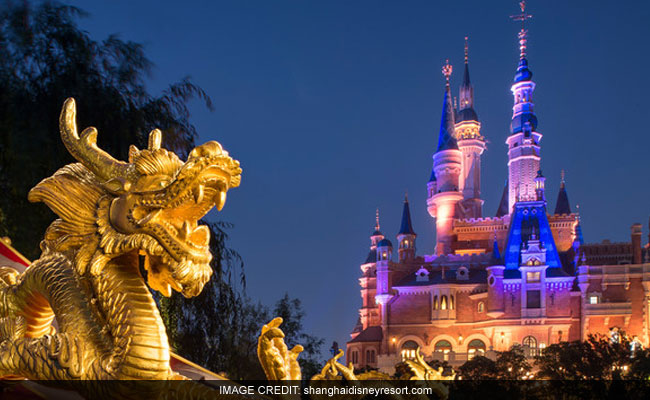 One Chinese academic believes it could still take years for the Shanghai Disney park to be profitable.

In the Shanghai park, Disney needs its Chinese partner's approval to change restaurant prices and other management details.

"They are hamstrung in a lot of areas," said Rein. But still, he said, Shanghai Disneyland "is far above anything else in China."

YouGov, a market research firm, said 44 per cent of people it surveyed in China in May said they plan to visit Shanghai Disneyland within a year. It said 80 per cent plan to take family members.

"Disney is good. I had a lot of fun during the trial. It is exciting. The architecture, the castle and other buildings are very special," said Wang Lei, who works for a food chain in Shanghai.

"I'm sure I will go again, maybe again and again," she said. "I'll bring my kids and relatives from my hometown."

But Disney faces the danger that it might be so crowded potential visitors would be put off.

"People are waiting in line for long hours to have fun, which is not fun," Wang said.