Designed In California, Made In China: How iPhone Skews US Trade Deficit Shanghai: U.S. President Donald Trump often tweets from his iPhone about pressuring China to address its $375 billion trade surplus with the United States. But a closer look at the Apple smartphone reveals how the headline figure is distorted.

The big trade imbalance - at the heart of a potential trade war, with Trump expected to impose tariffs on Chinese imports this week - exists in large part because of electrical goods and tech, the biggest U.S. import item from China.

Apple Inc's iPhone, however, illustrates how a big portion of that imbalance is due to imports of American-branded products - many of which use global suppliers for parts but are put together in China and shipped around the world.

Take a look at the iPhone X. IHS Markit estimates its components cost a total of $370.25. Of that, $110 goes to Samsung Electronics in South Korea for supplying displays. Another $44.45 goes to Japan's Toshiba Corp and South Korea's SK Hynix for memory chips.

Other suppliers from Taiwan, the United States and Europe also take their portion, while assembly, done by contract manufacturers in China like Foxconn, represents only an estimated 3 to 6 percent of the manufacturing cost. 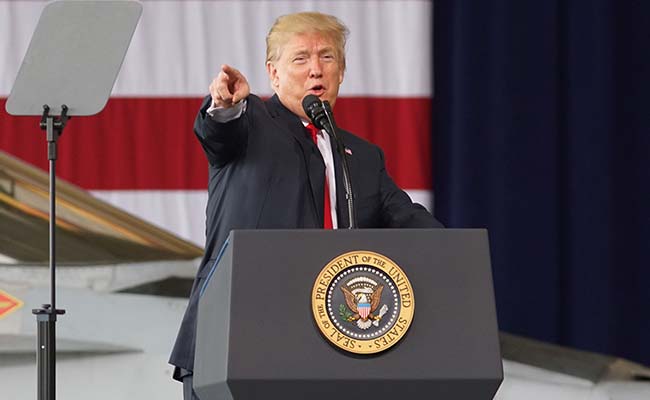 Current trade statistics, however, count most of the manufacturing cost in China's export numbers, which has prompted global bodies like the World Trade Organization to consider alternative calculations that include where value is added.

The impact on export data of just the iPhone could be major.

Apple shipped 61 million iPhones to the United States last year, data from researchers Counterpoint and IHS Markit show, spending $258 on average to make each iPhone 7 and 7 Plus.

Using a rough calculation, that implies the iPhone 7 series added $15.7 billion to the U.S. trade deficit with China last year, about 4.4 percent of the total. That's also about 22 percent of the $70 billion in cell phones and household goods the U.S. imported from China.

"With an iPhone, where China is just the final assembler, most of the value (contributed by China) is just the labour rather than the components themselves," said John Wu, an economic analyst with a U.S.-based think tank, the Information & Innovation Foundation.

Louis Kuijs, head of Asia economics research at Oxford Economics, notes that U.S. companies' using global supply chains to manufacture products in China means other economies would be caught in the crossfire of a trade war.

"That is an important reason why U.S.-China trade friction will cause 'collateral damage,' especially in other Asian economies," he said, adding that in value added terms, the U.S. trade deficit with China was only $239 billion last year, 36 percent lower than the headline number.

For its part, Apple has responded to Trump's concerns with a pledge to bring some suppliers to the United States. It said in January it planned to pay $55 billion to U.S. suppliers this year.

Over the last decade, Apple shipped 373 million iPhones, worth $101 billion by manufacturing value, in the United States, according to researcher StrategyAnalytics.

The iPhone's contribution to U.S. trade deficits is almost certain to have grown sharply alongside higher retail prices and shipments.

But the manufacturing value does not include the intellectual property value Apple adds through engineering and design work done in its headquarters in Cupertino, Calif., as well as margins taken by distributors. 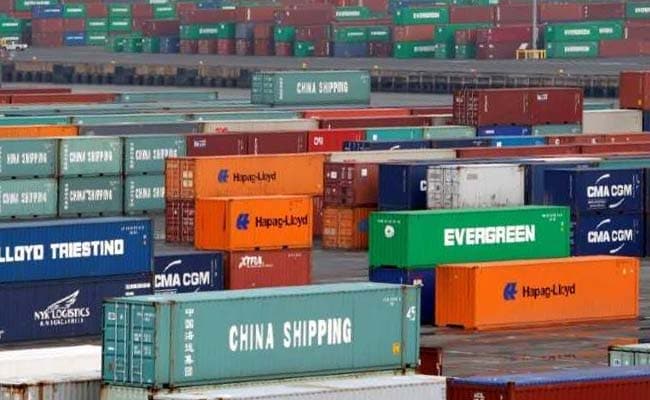 The iPhone X has a manufacturing cost of about $400, an $800 wholesale cost, and a $1,200 retail unsubsidised cost, according to analysts.

Siri, Apple's "digital assistant," reflects the challenge of knowing exactly where the value of an iPhone comes from - even if it's put together in China. If users ask Siri where she is from, the response is: "Like it says on the box... I was designed by Apple in California."

The closely intertwined manufacturing ecosystem has led to warnings that a trade war would be painful for all sides.

Forty-five U.S. trade associations representing some of the largest U.S. companies urged the president on Sunday not to impose tariffs on China, warning it would be "particularly harmful" to the U.S. economy and consumers.

Retailers and shoemakers, including Wal-Mart Inc and Nike Inc, also sounded the alarm on Monday over concerns the plans would result in higher consumer prices.

(Except for the headline, this story has not been edited by NDTV staff and is published from a syndicated feed.)
Comments
iphoneChina