Danish national Corinna zu Sayn-Wittgenstein Sayn had testified she was romantically involved with the former monarch of Spain, Juan Carlos, and alleged multiple acts of harassment. 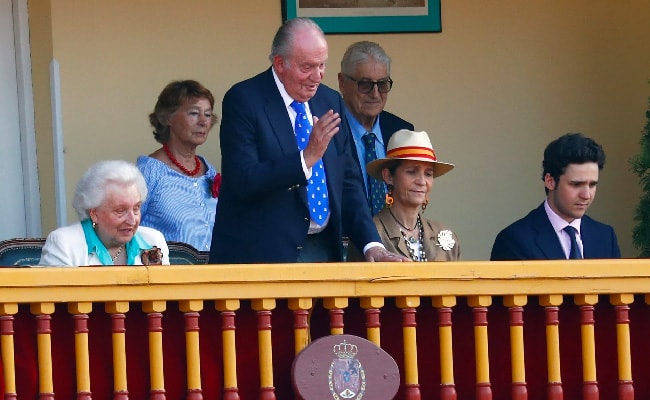 The former Spanish king has denied the allegations previously, as the court acknowledged. (File

Former Spanish King Juan Carlos could face trial in Britain in a harassment case brought against him by his former lover after the English High Court ruled on Thursday that he does not have the right to sovereign immunity.

Danish national Corinna zu Sayn-Wittgenstein Sayn, who lives in Britain and has testified that she was romantically involved with the former monarch and received financial information and documents from him, alleged multiple acts of harassment between 2012 and 2020.

"If the case goes further, the Defendant will have an opportunity to defend the claims made against him and, ultimately, the Court will hear evidence and make a decision after a trial," the ruling read.

Juan Carlos's lawyer did not immediately respond to a request for comment, while the Royal Palace declined to comment. The former king has denied the allegations previously, as the court acknowledged.

"It is right to record, in this judgment, that the Defendant denies what he calls 'unsubstantiated allegations' made against him by the Claimant and any alleged wrongdoing by the Spanish State in the strongest terms," the ruling read.

It was not immediately clear if Sayn-Wittgenstein would seek a trial and if so whether it would be a criminal or civil action.

Spanish and Swiss prosecutors recently dropped a series of investigations into alleged fraud by Juan Carlos, 84, who left Spain for the United Arab Emirates in August 2020 under a cloud of scandal and has lived there since.

The Spanish national prosecutor's office said Juan Carlos's constitutional immunity as a monarch would have protected him even if they could prove wrongdoing in the fraud cases.

The formerly revered Juan Carlos, who was forced to abdicate in 2014 following a series of scandals including his affair with Sayn-Wittgenstein, is now seen as a liability for his son, King Felipe.

Despite the immunity in Spain, British judge Mr Justice Nicklin found there were no grounds for state immunity in the harassment case as it had no relation to governmental or sovereign activity, opening the door to a trial.

The court ruling said no investigation into the harassment claim were carried out.

"Today's judgment demonstrates that this defendant cannot hide behind position, power, or privilege to avoid this claim," Sayn-Wittgenstein's lawyer Robin Rathmell said in a statement.

"This is the first step on the road to justice."