Parents were notified to pick up their children near the school, which is about 16 miles east of the LA airport, in the path of incoming flights. 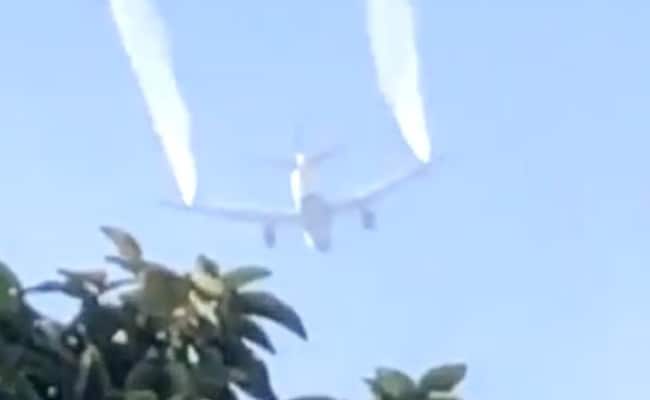 Delta said it would provide more information about the incident as it became available.

A Delta Airlines jet making an emergency landing at Los Angeles International Airport dumped fuel on the playground of an elementary school in the flight path on Tuesday, inflicting minor injuries on 17 children and nine adults, local and federal authorities said.

All of the injuries at Park Avenue Elementary School in suburban Cudahy were said to be minor and none of the victims needed hospitalization, the Los Angeles County Fire Department said on Twitter.

"Delta Air Lines Flight 89 declared an emergency after departing from LAX, returned to the airport and landed without incident," said Allen Kenitzer, a spokesman for the Federal Aviation Administration.

"The FAA is thoroughly investigating the circumstances behind this incident. There are special fuel-dumping procedures for aircraft operating into and out of any major U.S. airport," the agency said. "These procedures call for fuel to be dumped over designated unpopulated areas, typically at higher altitudes so the fuel atomizes and disperses before it reaches the ground."

The fire department said it had confirmed that jet fuel was the substance dropped on the school's playground while students were at recess and that 70 firefighters were on the scene treating the injured.Other students had been evacuated from the elementary school following the incident, a Los Angeles County Sheriff's spokeswoman said.

Parents were notified to pick up their children near the school, which is about 16 miles east of the airport, in the path of incoming flights.

"Shortly after takeoff, Flight 89 from LAX to Shanghai experienced an engine issue requiring the aircraft to return to LAX. The aircraft landed safely after an emergency fuel release to reduce landing weight," Delta said in a statement.

The airline said it would provide more information as it became available.

"I'm very upset. This is an elementary school, these are small children," Elizabeth Alcantar, the mayor of Cudahy, told the Los Angeles Times.