In September the Pentagon stopped accepting new F-35 jets after it discovered a magnet in the stealthy fighter's engine was made with unauthorized material from China. 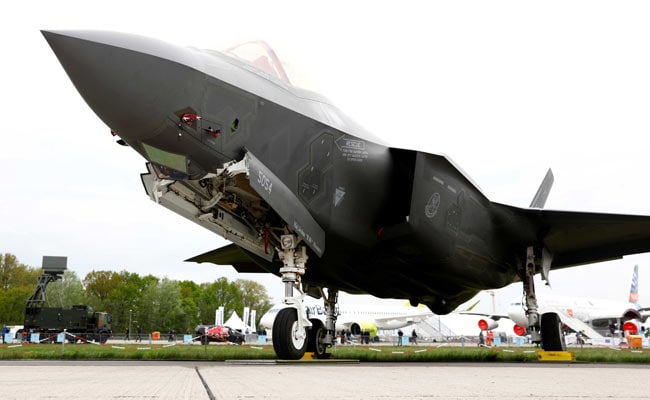 The acceptance of the F-35 aircraft is necessary for national security interests, Pentagon chief said.

Deliveries can resume for Lockheed Martin Corp's F-35 jet under a waiver allowing Chinese-origin alloy to go into an engine part, the Pentagon said on Saturday.

In September the Pentagon stopped accepting new F-35 jets after it discovered a magnet in the stealthy fighter's engine was made with unauthorized material from China.

The waiver, signed Oct. 8 by William LaPlante, the Pentagon's chief weapons buyer, allows an alloy in the engine's lubricant pump that does not comply with U.S. procurement laws. Those bar unauthorized Chinese content in the jet.

The acceptance of the aircraft is necessary for national security interests, LaPlante said in a statement, adding that the determination applies until the last aircraft under the contract is accepted, currently projected for October 2023.

The pump supplier, Honeywell International Inc, will work to find an alternative source for the metal and use that in future lubricant pumps.

The magnet does not transmit information or harm aircraft, and that there are no security risks involved.

Lockheed Martin, which manufactures the jets, had said the issue was "related to a magnet on the F-35 Turbomachine manufactured by Honeywell that includes cobalt and samarium alloy."

An alternative source for the alloy will be used in future, the Joint Program Office said in its statement.

There are other Chinese-origin magnets on the jet that have received waivers from past Pentagon officials.