Ukraine Plane Crash: Ukraine's SBU security service said it was a training flight but the cadets of the Kharkiv National Air Force University were not involved in piloting the plane. 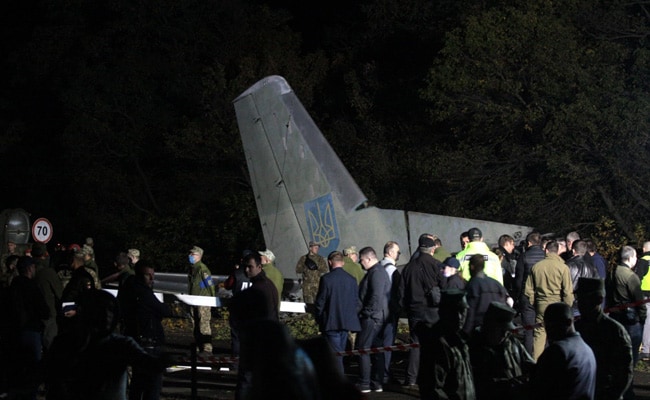 One of the two survivors of a Ukrainian military plane crash died in hospital as the death count climbed to 26 on Saturday after three more bodies were found.

President Volodymyr Zelensky arrived at the scene of the tragedy near the eastern city of Kharkiv where an Antonov-26 transport plane carrying 20 young cadets and seven crew members crashed Friday evening.

The plane burst into flames on landing around two kilometres (more than one mile) from Chuguiv military air base. Firefighters extinguished the blaze after an hour.

Twenty-two were confirmed dead and two people survived. On Saturday three more bodies were found and one of the two survivors died in hospital.

"Twenty five died on the spot," he said, adding one more cadet died in hospital from extensive burns.

"It is difficult to find words to express the pain of this loss."

Zelensky said the cause of the crash should be quickly established and called for an "objective" investigation.

Ukraine's SBU security service said the plane was performing a training flight but the cadets of the Kharkiv National Air Force University were not involved in piloting it.

Defence Minister Andriy Taran said "the plane likely caught the ground with its wing" and then caught fire.

"Everything went according to plan: the plane was performing a training flight for cadets," he was quoted as saying by the defence ministry.

He said the instructor was at the wheel and cadets took turns to sit next to the pilot.

Taran said the plane was made in 1977 but was in a good condition.

"We send our heartfelt condolences to the families and loved ones of the cadets, officers, and crew killed and injured in the An-26 plane crash," the US embassy in Ukraine said on Facebook.