More than 300 people were killed in Friday's bomb and gun assault -- the deadliest in the country's recent history -- highlighting the insurgents' ability to carry out spectacular attacks despite the deployment of tens of thousands of troops. 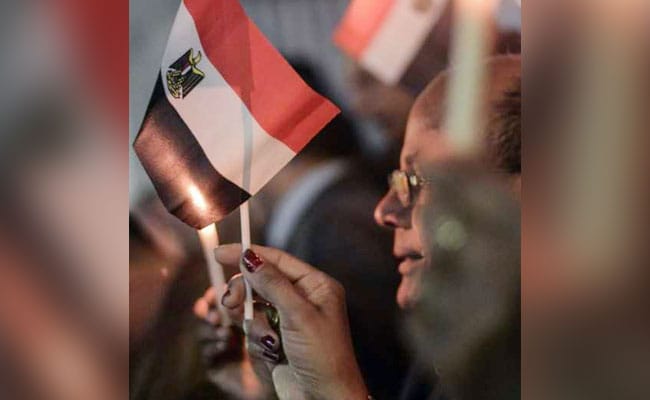 The dead were paid respect after the blast took 300 lives in Sinai on Friday.

Cairo, Egypt: Egypt's years-long military campaign against a jihadist insurgency in the north of the Sinai Peninsula is under increasing scrutiny following a devastating mosque attack last week.

More than 300 people were killed in Friday's bomb and gun assault -- the deadliest in the country's recent history -- highlighting the insurgents' ability to carry out spectacular attacks despite the deployment of tens of thousands of troops.

President Abdel Fattah al-Sisi vowed to respond with "brutal force", and the army announced it had destroyed several of the vehicles used in the attack and killed their occupants.

But for some analysts, the army's muscular reprisals are not enough.

He said currently soldiers were usually confined to checkpoints on the region's roads instead of securing the population centres, where the insurgency has crippled the economy.

Timothy Kaldas, a non-resident fellow at the Tahrir Institute for Middle East Policy, said multiple foreign diplomats had told him that when they urge Egyptian officials to change tactics, "they get a lot of pushback".

"They are basically told 'not to interfere in Egypt's affairs'," he said.

He said discussion of security strategy took place within a "small circle" and that the public was "not allowed to participate in that conversation to discuss what is problematic and what could be better".

Egypt's Western allies acknowledge the army has made some headway in containing the insurgency and forcing ISIS to change its tactics.

Large-scale attacks on the military have grown less frequent, as ISIS has increasingly turned to a war of attrition involving roadside bombings and sniper attacks, inflicting fewer casualties on the army.

The military has also succeeded in hitting some of the group's top commanders, including overall leader Abu Duaa al-Ansari who was killed in an air strike last year.

It has largely ended the once-lucrative smuggling trade with the Gaza Strip by destroying tunnels under the border with the Palestinian territory and razing parts of the divided frontier town of Rafah to create a buffer zone.

But the home demolitions have stoked further resentment in a region that has felt marginalised for decades.

Kaldas said that situation "makes it easier for ISIS to recruit, it makes people less interested in supporting the government."

ISIS too has sparked some antagonism with its tactics.

The jihadists have alienated the region's largest tribe, the Tarabin, by executing dozens of its members for allegedly cooperating with the army.

Some Tarabin have formed militias to fight ISIS.

Sisi came to power after leading the military overthrow of his Islamist predecessor Mohamed Morsi in 2013 promising to restore security following the chaos of the Arab Spring uprising that toppled longtime dictator Hosni Mubarak.

But four years on, the situation in Sinai is far from stable.

Friday's attack was carried out by some 30 armed men carrying flags similar to the black banner of ISIS, although the terrorist organisation has not formally claimed it.

The emergence of ISIS in Sinai strengthened the jihadist insurgency that began in 2013, with the Sinai militants drawing from the expertise of ISIS terrorists elsewhere.

The Sinai Peninsula had long been demilitarised under the terms of the 1979 peace treaty between Egypt and Israel but as the violence intensified the government responded by ramping up its military presence, with the tacit approval of Israel.

Promoted
Listen to the latest songs, only on JioSaavn.com
The region's biggest army was able to prevent ISIS repeating its successes in Iraq, where it seized a third of the country, including major urban centres, before declaring its "caliphate" in 2014.

One attempt by ISIS in July 2015 to seize the town of Sheikh Zuweid prompted the military to unleash F-16 jets, forcing the terrorists to withdraw.