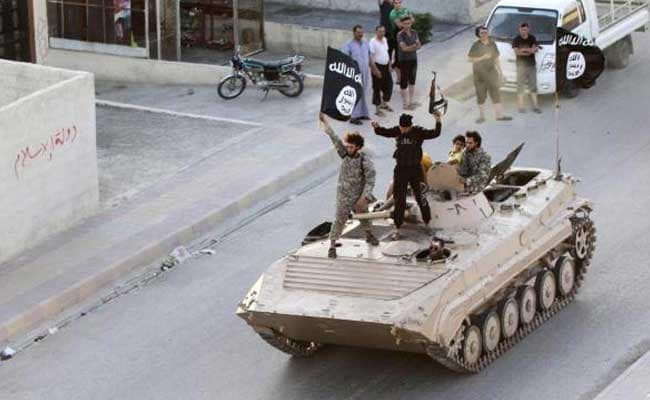 The ISIS launched one of its fiercest assaults yet on the besieged Syrian city.

Beirut: The ISIS on Saturday launched one of its fiercest assaults yet on the besieged Syrian city of Deir Ezzor, leaving more than 30 regime fighters and jihadists dead.

The brutal attack -- on a day that saw many outbreaks of violence across Syria  -- came as the political opposition said it "supported" upcoming peace talks in the Kazakh capital Astana.

The negotiations will attempt to bring an end to the nearly six-year war by building on a fragile truce agreement.

But ISIS is excluded from the deal, brokered by rebel backer Turkey and regime ally Russia.

Unleashing a wave of suicide attacks, rockets, and tunnel bombs, ISIS killed at least 12 government forces and two civilians in Deir Ezzor,  according to the Syrian Observatory for Human Rights.

The British-based monitoring group said 20 jihadists were killed in fierce air raids by Syrian and allied warplanes on the city, where around 200,000 people have lived under ISIS siege since early 2015.

ISIS has sought to overrun the entire city, including the key nearby military airport.

Observatory head Rami Abdel Rahman said the attack was the "most violent" assault mounted by ISIS on the city in more than a year.

He said jihadists had aimed to cut the route between the airport and the city, but that the government's counter-attack had stopped ISIS.

Syria has been ravaged by violence since widespread protests in March 2011 calling for President Bashar al-Assad's ouster.

More than 310,000 people have been killed and over half the population has been forced to flee.

Diplomatic efforts to end the conflict have thus far failed, but Moscow and Ankara are hoping that the peace talks in Astana later this month will lead to a political solution.

After a two-day meeting in Riyadh, the High Negotiations Committee leading opposition body said it would extend its support to an anti-regime military delegation attending those negotiations.

"Concerning the forthcoming meeting in Astana, the (High Negotiations) Committee stresses its support to the military delegation... and expresses hope that the meeting would reinforce the truce," the HNC said.

It said the meeting in Astana "paves the way for political talks" in Geneva in early February, hosted by the United Nations.

Official invitations have yet to be issued for the Astana talks, but Turkey's foreign minister has said Washington will be asked to attend.

Donald Trump's transition team said Saturday it had been invited to the Russian-backed talks, which are due to start three days after the president-elect's inauguration.

"We have been asked to attend," Trump spokesman Sean Spicer told AFP, suggesting no RSVP has been given.

The ceasefire deal appeared increasingly strained on Saturday, with outbreaks of violence in northwest Syria and near the capital.

Fresh raids in the town of Maarat Masrin in the northwest province of Idlib killed eight people, most of them civilians, the Observatory said.

On Friday, three civilians -- including a child -- were killed in strikes on the nearby town of Orum al-Joz, Abdel Rahman said.

Idlib province is controlled by a rebel alliance led by Fateh al-Sham Front, which changed its name from Al-Nusra Front after breaking ties with Al-Qaeda last year.

Like ISIS, Fateh al-Sham is excluded from the truce deal.

New clashes also broke out in Wadi Barada -- the main source of water for Damascus.

Water supplies from the area to around 5.5 million people in the capital and its outskirts have been cut since December 22 because of fighting.

Rebels and government troops had reached a local agreement Friday so that water access could be restored, but the Observatory reported a resumption of violence Saturday.

Promoted
Listen to the latest songs, only on JioSaavn.com
The Observatory confirmed Ghadban's death.