Conservation group WWF Indonesia said it found four plastic bottles and 3.26 kg of raffia rope, as well as the plastic bags and cups, in the stomach of the dead whale. 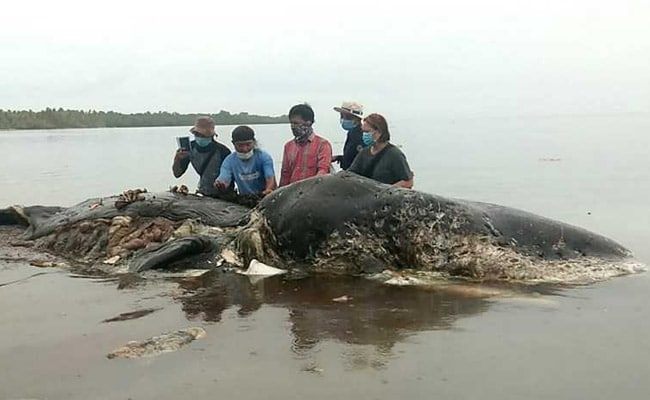 A sperm whale has been found dead in Indonesia with 115 plastic cups and 25 plastic bags in its stomach, raising concern among environmentalists and throwing the spotlight on the country's rubbish problem.

The items were part of nearly six kilograms (13 pounds) of plastic waste discovered in the 9.5-metre (31-foot) carcass when it washed ashore in Wakatobi National Park, in Southeast Sulawesi province, on Monday.

The exact cause of the whale's death is not yet known but there are signs that "plastic waste might have triggered it", WWF Indonesia marine species conservation coordinator Dwi Suprapti told AFP.

Indonesia is the world's second biggest contributor to marine debris after China, and a colossal 1.29 million metric tons is estimated to be produced annually.

The problem has grown so bad that Indonesian officials declared a "garbage emergency" last year after a six-kilometre stretch of coast along the island of Bali was swamped with rubbish.

The archipelago of more than 17,000 islands has pledged to reduce marine plastic waste by 70 percent by 2025.

It plans to boost recycling services, curb the use of plastic bags, launch cleanup campaigns and raise public awareness.