The glasses are one of the 57 pairs ordered for Mr Radcliffe for 2001's first instalment of the film series, 'Harry Potter and the Sorcerer's Stone'. 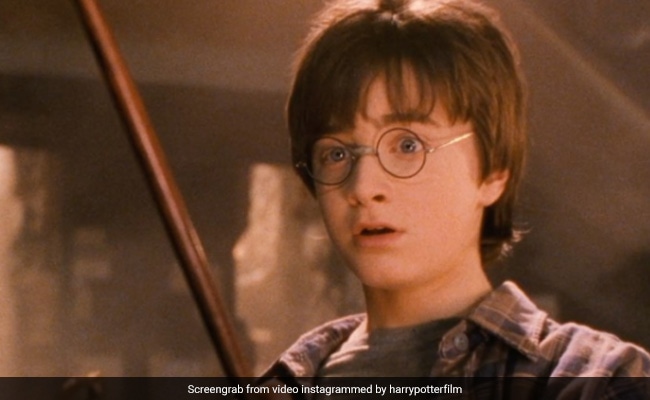 The iconic 'Harry Potter' specs are expected to sell for up to 20,000 British pounds.

Harry Potter fans will soon have the chance to score some major memorabilia as the original glasses worn by star Daniel Radcliffe are set to be sold at an auction in the United Kingdom.

The famous circular frame glasses are slated to appear on the auction block on November 11. They are expected to sell for up to 20,000 British pounds, or about $22,358. The glasses are one of the 57 pairs ordered for Mr Radcliffe for 2001's first instalment of the film series, 'Harry Potter and the Sorcerer's Stone,' New York Post reported.

"This is one of several pairs of glasses made for the film. Bordered in black matte finish with no nose plates, " the item description reads. "The silver metal earpiece are tipped with clear plastic," it continues, adding, "Also included are a pair of brown plastic ear tips and a copy of the film".

As per the outlet, the 'Harry Potter' specs are dubbed "NHS style" after the UK's National Health Service. They were bought as a prop for 114 British pounds before becoming a worldwide icon. They are from the renowned customer Simor Murray, who has worked on such franchises as 'Mission Impossible,' 'James Bond' and 'Teriminator'.

Meanwhile, this year marked 25 years since the iconic book series 'Harry Potter' hit the shelves. The first book of the Harry Potter series by JK Rowling, Harry Potter and the Philosopher's Stone, was published in 1997. Published by Bloomsbury Publishing, the series went on to become one of the most legendary series of all time.

Last month, to commemorate 25 years of this magical series, Royal Mint also introduced a special set of 50p Harry Potter coins. The collection has four coins which are illustrated by Jim Kay, who has also illustrated the Harry Potter series. The coins feature not just Harry Potter, but also Albus Dumbledore, the Hogwarts School of Witchcraft and Wizardry, and the Hogwarts Express.