The shooting comes at a time of a national debate over the shooting of unarmed black men by police officers. 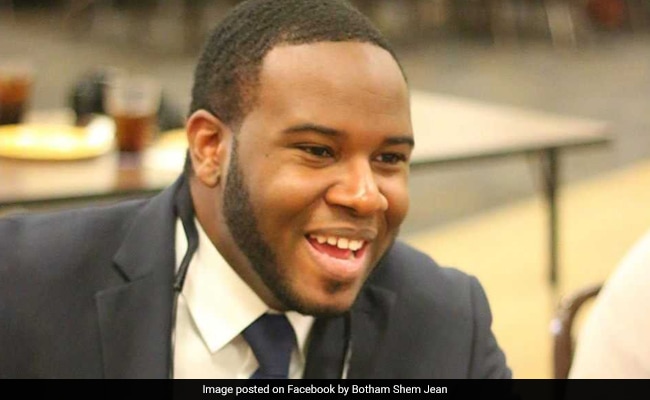 26-year-old Botham Shem Jean was shot in his own apartment in Dallas, US

Dallas police identified an officer late Saturday who is accused of shooting a man to death after she mistakenly entered his apartment, thinking it was her own.

Officer Amber Guyger, who has been on the force for four years, faces possible manslaughter charges stemming from a fatal shooting late Thursday, police said.

Guyger had completed a shift late and was still in uniform when she returned to what she believed was her home and encountered 26-year-old Botham Shem Jean, Dallas police chief U. Renee Hall said at a news conference.

"It's not clear what (the) interaction was between her and the victim," Hall said. "But at some point, she fired her weapon, striking the victim. She called 911."

No charges have been filed as of late Saturday and the case has since been handed over to the Texas Rangers for investigation, officials said.

Jean is black and Guyger is white. The shooting comes at a time of a national debate over the shooting of unarmed black men by police officers.

An attorney for the family, Lee Merritt speaking after a prayer vigil Saturday for Jean, told media that Guyger should be arrested.

But Dallas Mayor Mike Rawlings said Saturday that he supported Chief Hall and her decision to bring in state investigators.

"It is important that the citizens know that I believe what Chief Hall has done is the right thing," the mayor said at a news conference. "This is a tough situation, a unique situation."

"We want to make sure everything is transparent and above board," the mayor added, after praising Jean for being a church-going, young professional who is "exactly the sort of citizen we want to have in this city."

It was unclear if Guyger had legal representation and she could not be reached early Sunday for comment.

(Except for the headline, this story has not been edited by NDTV staff and is published from a syndicated feed.)
Comments
Botham Shem JeanDallasDallas Police