Ross Edlund, the owner of Skillets in Naples, Florida, said on the restaurant's Facebook page on Thursday that the gesture shows there are still "truly fantastic people in the world." 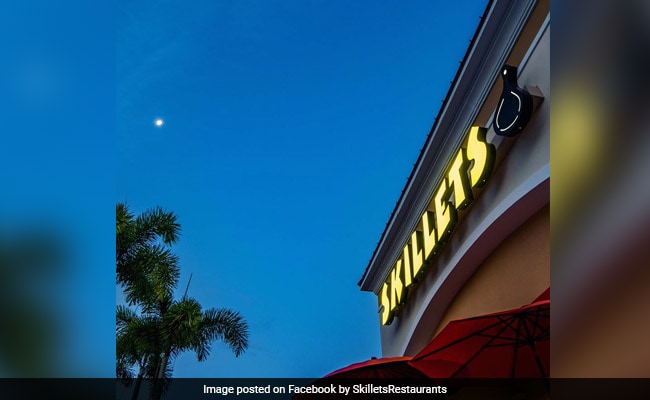 A customer left a $10,000 tip to be divided among the employees of a Florida restaurant, a day before it was forced to close because of the coronavirus outbreak, the owner said.

Ross Edlund, the owner of Skillets in Naples, Florida, said on the restaurant's Facebook page on Thursday that the gesture shows there are still "truly fantastic people in the world."

"We have an amazing Skillets family that extends to our guests as well," Edlund said. "We couldn't be happier to be a part of a community where this type of generosity exists."

Edlund told the local newspaper, the Naples Daily News, that the customer handed $10,000 in cash to the manager of the restaurant last week, a day before the state's governor ordered the closure.

"It's funny because we have regulars who have been coming in forever, and they're our friends but we don't always know their names," he said.

"We know their faces, their orders, their favorite tables, but we don't know exactly who they are."

Edlund said the $10,000 was evenly split among the restaurant's 20 employees with each receiving $500.

Edlund owns a total of 10 Skillets restaurants and he told the newspaper that he has had to lay off 90 percent of his 200 employees.

Eight of his restaurants are still operating, he said, offering takeout service with a skeleton staff.