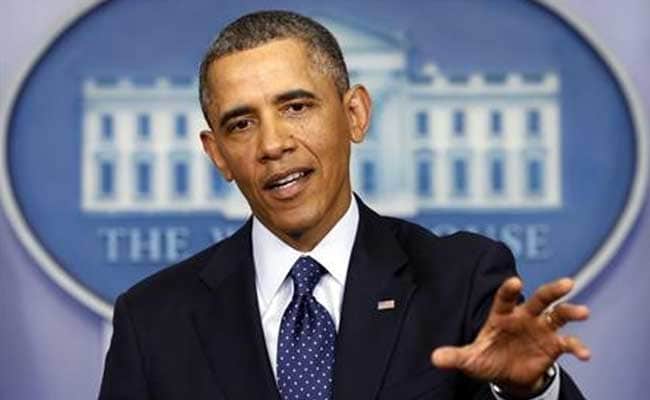 Since coming to office Barack Obama argued that engagement would do more to change Cuba than half a century of embargoes and isolation. (File Photo)

Washington, United States: President Barack Obama said on Saturday that engaging Cuba -- the communist island he is set to visit in March -- is the best way "to advance American interests and values" and help the Cuban people.

Obama seemed giddy when talking about his March 21-22 historic visit. The last US president to visit Cuba while in office was Calvin Coolidge in 1928.

"Hi, everybody. This week, we made it official -I'm going to Cuba," Obama said in his weekly radio address.

The trip follows a decision "to begin a new chapter in our relationship with the people of Cuba," Obama said.

While "change won't come to Cuba overnight," as the island "opens up, it will mean more opportunity and resources for ordinary Cubans," Obama said.

Since coming to office Obama argued that engagement would do more to change Cuba than half a century of embargoes and isolation.

In December 2014 Obama announced that he and President Raul Castro had engaged in secret rapprochement talks. Diplomatic relations were restored in July 2015.

The White House is betting that opening Cuba to a flood of US tourists and business is the fastest way to bring change.

For now Washington and Havana are treading cautiously, taking incremental steps to facilitate trade, investment and the movement of people.

Obama promised to "speak candidly about our serious differences with the Cuban government, including on democracy and human rights.

"I'll reaffirm that the United States will continue to stand up for universal values like freedom of speech and assembly and religion."

Obama ended his address with a cheery "Thanks everybody. And to the people of Cuba - nos vemos en La Habana."

Translation: "I'll see you in Havana."