Lawmakers To Defend US Interests Under New Ties With Cuba 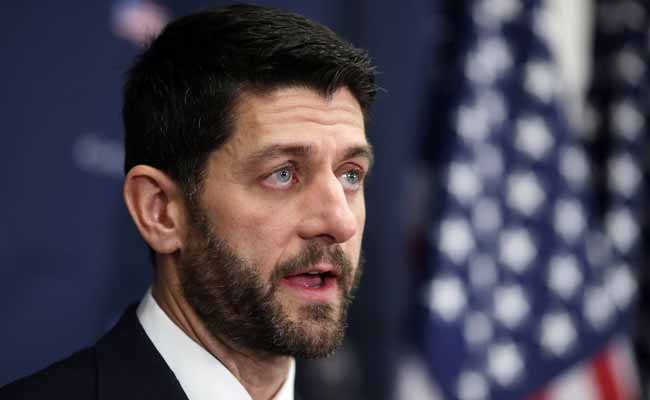 Speaker of the House Paul Ryan talks to reporters following the weekly House GOP Conference meeting at the US Capitol December 16, 2015 in Washington, DC. (AFP)

Washington: American lawmakers announced Wednesday the creation of a group to promote US interests as newly restored US-Cuba relations evolve.

Twelve lawmakers from both parties did so in a letter to House Speaker Paul Ryan and House Democratic leader Nancy Pelosi.

The Cuba Working Group in the House of Representatives is to be formally created today.

It will push to "advance policy proposals that are in our national interest in an era in which the US-Cuba relationship is rapidly being reshaped," the letter said.

Today marks the one year anniversary of the announcement by the US and Cuba that they would restore ties severed during the Cold War. They actually did so in July.

But the 50-year-old US trade embargo against Cuba remains in force.

Over the past year, the lawmakers said, the United States began a process to remove restrictions on trade with and travel to Cuba.

But congressional action is needed to lift the remaining commerce and travel restrictions that still hinder progress, they added.

Restrictions still in place deny Americans the right to travel freely to Cuba. And trade restrictions place American firms at a competitive disadvantage and cost the US economy an estimated $2 billion a year in exports, the letter stated.

"Our goal is to raise the level of understanding inside of Congress for the need to build a new policy framework for US-Cuban relations," it added.

In Havana, meanwhile, a Cuban official said that strides had been made on the resumption of regularly scheduled commercial flights between the neighboring countries. She said details would be forthcoming soon.

US President Barack Obama said Monday that he would "very much" like to visit Cuba, but that such a trip would have a prerequisite: "progress in the liberty and freedom and possibilities of ordinary Cubans."

The comment came days after Cuba marked international Human Rights Day by detaining dozens of opposition activists or barring them from leaving their homes to prevent anti-regime protests.

Communist Cuba is prickly about criticism on such matters, insisting its sovereignty be respected.

Obama is welcome in Cuba, said Josefina Vidal, who leads the US Office of the Cuban Foreign Ministry.

Cuba "has always said it would not negotiate on domestic issues in exchange for better relations" with the United States.