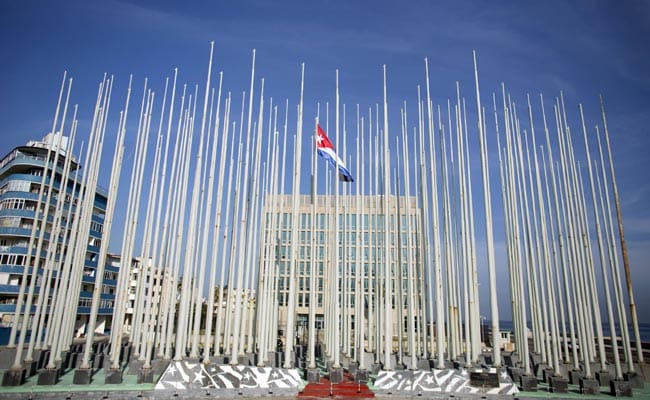 A Cuban flag flies in front of the US Interests Section (background) in Havana, July 19, 2015. (Reuters Photo)

WASHINGTON: The United States and Cuba formally resumed diplomatic relations today, as the Cuban flag was raised at the US State Department in a historic gesture toward ending decades of hostility between the Cold War foes.

The Cuban red, white and blue standard joined the flags of other US allies outside the building in the US capital, according to an AFP photographer, and was also set to be raised at Havana's diplomatic mission in Washington, which was upgraded to an embassy today.