As Delta Pushes US To 100,000 Daily Cases, Dr Fauci's Advice on Boosters

Across the U.S., the delta variant has fueled a rebound to more than 100,000 new infections a day, levels last seen six months ago. 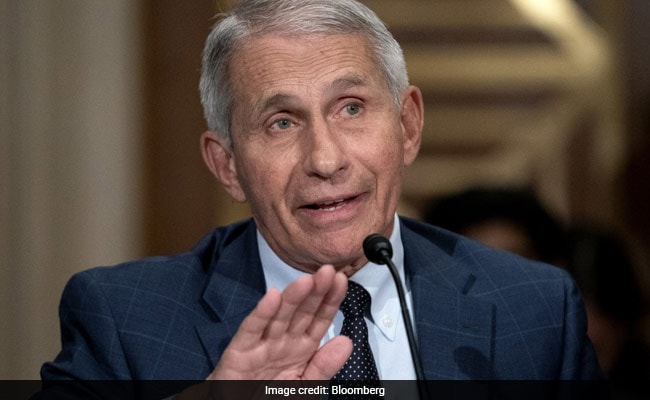 Antony Fauci said he also supports vaccine mandates at local levels, such as schools and universities.

Anthony Fauci, the U.S.'s top infectious-disease doctor, said he's "strongly in favor" of speeding booster shots to people with weakened immune systems, a further sign of how the delta variant continues to shift the strategies for curbing the pandemic.

"We need to look at them in a different light," Fauci said on CNN's "Fareed Zakaria GPS" on Sunday. "We will almost certainly be boosting those people before we boost the general population that's been vaccinated, and we should be doing that reasonably soon."

Fauci spoke as debate grows over "breakthrough" infections among fully vaccinated people and whether official approval should be given for booster shots. In Israel, the first nation to roll out boosters widely, more than half a million people aged 60 and over will have their third injection by the end of Sunday.

Fauci said most people who have compromised immune systems, including those with organ transplants or who are on chemotherapy, "never did get an adequate response" from their Covid-19 vaccination.

Across the U.S., the delta variant has fueled a rebound to more than 100,000 new infections a day, levels last seen six months ago. While the daily average number of deaths remains far below the levels of last winter, the pressure on hospitals is mounting -- the seven-day moving average for new admissions has consistently increased since June 25, according to official data.

In New York and New Jersey, urgent care chain CityMD is resuming its virtual line system and adjusting operating hours to accommodate what it calls the "recent surge in Covid-19 testing."

In San Francisco, anyone who received the Johnson & Johnson vaccine can get a supplemental dose of Pfizer Inc. or Moderna Inc.'s shots at city-run sites, if they wish to do so after consulting with their doctor, according to the city's Department of Public Health.

When asked if other groups should get booster shots, Fauci said the U.S. Centers for Disease Control and Prevention is ready to give a recommendation as soon as they see clear evidence to do so from the data.

The CDC has been tracking various groups including the elderly, those in nursing homes and young people month by month, he said. "As soon as they see that level of durability of protection goes down, then you will see the recommendation to vaccinate those individuals."

But, he stressed: "The vaccines are still doing what you originally want them to do -- to keep you out of the hospital to prevent you from getting seriously ill."

Fauci said he also supports vaccine mandates at local levels, such as schools and universities, after a full approval from the Food and Drug Administration on the Covid-19 vaccines.

"You're going to see the empowerment of local enterprises giving mandates," Fauci said on NBC. "That could be colleges, universities, places of business, a whole variety, and I strongly support that."

A full approval could arrive "within the next few weeks," Fauci added. "I hope it's within the month of August."

Vaccines in the U.S. have so far been given under emergency-use approval -- a reason some people give for refusing to be vaccinated.

He said the variant presents the additional problem that vaccinated people can also transmit the virus to someone else. That has led to the CDC revising its mask guidelines recently.