World's Tallest Tower To Light Up With Coronavirus Donations

The Burj Khalifa, which stands 828 metres (2,717 feet) high, will be transformed into the "world's tallest donation box" as part of a campaign to provide 10 million meals to low-income people. 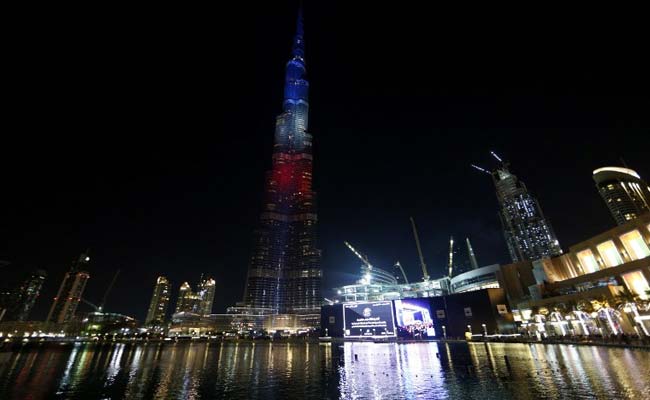 One pixel at a time, Dubai will light up the facade of the world's tallest building to represent each donation made to relieve coronavirus-hit communities across the United Arab Emirates.

The Burj Khalifa, which stands 828 metres (2,717 feet) high, will be transformed into the "world's tallest donation box" as part of a campaign to provide 10 million meals to low-income people.

The appeal comes during the Muslim fasting month of Ramadan, a time of self-reflection, prayer and charity for the faithful.

For each 10-dirham ($2.7) donation, one of the building's 1.2 million LED lights will be illuminated -- each representing a meal.

On Sunday, less than 24 hours since the launch of the appeal, a live count on the website indicated that more than 176,000 meals had been donated.

The skyscraper regularly features displays of solidarity with crisis-stricken countries -- for Australia when bushfires ravaged parts of the country, and for China and Italy when they were hit hard by the COVID-19 respiratory disease.

"Representing donations as lights beaming on Burj Khalifa reflects the hope that small acts of kindness will bring to less fortunate communities as the country continues its battle against the pandemic," Dubai's media office said in a statement.

"They will see the impact of their contributions on the facade of the world's tallest building."

Last week, the UAE eased lockdown restrictions that were put in place to curb the spread of the disease.

Dubai, one of the seven sheikhdoms that make up the UAE, had imposed a total curfew.

The emirate depends heavily on trade, retail, tourism and real estate, and the restrictions have hit businesses hard. It is also home to millions of foreign workers, some of whom have found themselves out of work or unpaid as the economy crumbles.

The UAE has so far reported more than 14,000 infections, including 126 deaths.

It has the second highest number of confirmed COVID-19 cases in the Gulf after Saudi Arabia, which has recorded more than 25,000 infections and 176 deaths.