The charred remains of 21-year-old Sophie Lionnet were discovered by the fire brigade on September 20, in the back garden of the southwest London home where she cared for two children. 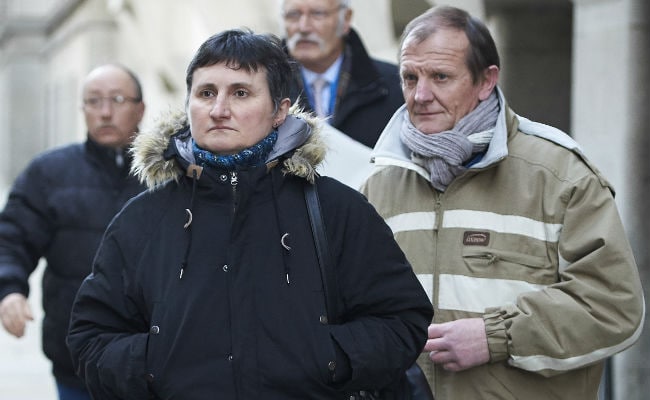 London: A couple living in London tortured their young French au pair and subjected her to hours of interrogation before later killing her and burning her body, the prosecution told a court Tuesday.

The charred remains of 21-year-old Sophie Lionnet were discovered by the fire brigade on September 20, in the back garden of the southwest London home where she cared for two children.

In the second trial day on Tuesday, prosecutor Richard Horwell told jurors the pair "agreed upon a campaign of intimidation, torture and violence" which culminated in them killing the nanny.

Lionnet's cause of death is unknown due the attempt to dispose of her body, although a scientist found she suffered a fractured jawbone within hours of her death.

She is also known to have suffered bruising, and fractures to her sternum and ribs between 36 hours and three days before dying.

"Sophie's death was no accident or unintended consequence, but the end result of a course of purposeful and sustained violence," Horwell said.

One witness due to give evidence in court has told authorities of the two defendants torturing Lionnet in the bathroom of the family home.

They "could hear Sophie screaming and lots of splashing of water," the prosecutor told the court.

Both defendants have denied murder and sat in court -- Kouider in a black coat and Medouni in a navy blue suit -- where a number of the victim's family were also present.

The have pleaded guilty to perverting the course of justice by burning Lionnet's body, which was found after a neighbour alerted emergency services to thick black smoke.

When the fire brigade arrived at the house they found Medouni next to a barbeque with chicken on it, and the burning bonfire which he claimed contained a sheep after the officers uncovered Lionnet's remains.

Earlier on Tuesday the packed courtroom heard clips of more than eight hours of audio recordings of Lionnet being interrogated by the couple.

In one of the clips, in which the defendants switched between English and French, Kouider is heard screaming at Lionnet.

"I pray to God not to make me touch you. I don't want to make my hands dirty," she told the nanny in a clip dated September 11.

The couple also accused the young nanny, who had worked for them since December 2015, of being a spy.

During the interrogations, the pair accuse Lionnet of collaborating with Kouider's former partner Mark Walton -- who was an original member of the Irish pop band Boyzone.

They accuse her of helping him enter the family home and drug and sexually abuse family members, including claims Walton extracted sperm from Medouni, claims dismissed by the prosecution as a fantasy.

On Monday, the court heard that Kouider had also falsely labelled Walton a paedophile using a fake Facebook account in 2015.

The couple's recorded interrogations of Lionnet included a video in which she appears slim and anxious, hesitantly confessing her supposed involvement with Walton.

Jurors were also shown photographs of her before moving to London, with the prosecutor described as a "completely different young woman" by the prosecutor.

(This story has not been edited by NDTV staff and is auto-generated from a syndicated feed.)
Comments
LondonFrench nanny