Mixing Covid Vaccines Is Effective In Study on Pfizer, AstraZeneca

Coronavirus Vaccine Study: The study tested vaccine combinations on more than 1,000 volunteers over 50. 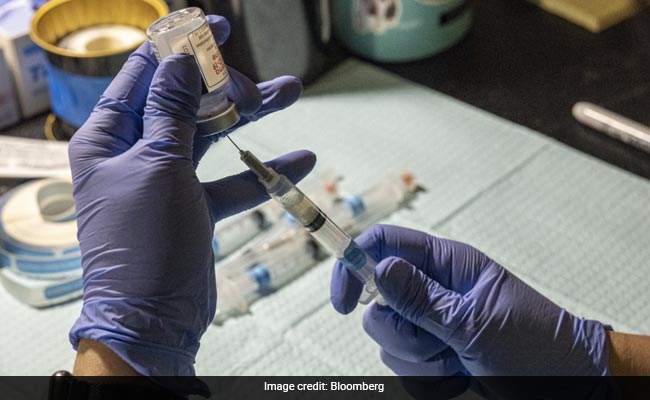 Mixing other vaccines with those from AstraZeneca Plc or Pfizer Inc. offers at least as effective protection against Covid-19 as giving two doses of the same shots, a UK study found.

The University of Oxford study, published Monday in the Lancet medical journal, tested vaccine combinations on more than 1,000 volunteers over 50. Some were immunized with a second dose from Moderna Inc. or Novavax Inc. nine weeks after having received a first shot of AstraZeneca or Pfizer.

Both Moderna and Novavax boosted immunity after the Astra vaccine, compared with a second Astra injection, while only Moderna increased antibodies after Pfizer, compared with the standard two-shot Pfizer schedule. Astra developed its vaccine with Oxford researchers, while Pfizer worked with BioNTech SE.

The study gives more evidence that vaccine combinations, already used by some governments, are safe and effective. Mixing two different shots would help low- and middle-income countries manage stockpiles and deal with vaccine shortages as the new omicron variant spreads.

"There's a great amount of flexibility" with the first two doses, Matthew Snape, an Oxford pediatrics and vaccinology professor leading the study, said at a press briefing. "Especially in low-income countries, that's very relevant to having a flexible and adaptable immunization program."

Mixing vaccines from Astra and Novavax, which is awaiting regulatory approval, boosted antibody levels four times compared with the matching doses schedule. Those shots are also easier to store than those from Moderna and Pfizer.

The Pfizer-Novavax mix is the only one that didn't boost immunity when compared with the two-dose Pfizer schedule. However, the resulting antibody levels still meet the virus protection threshold.

The study also indicated that people who got a second shot of Moderna after Pfizer or AstraZeneca showed more short-lived side effects, the researchers said. This is in line with previous findings suggesting that mixed doses trigger more symptoms such as fatigue and headache.

Most mixes also generated good T-cell responses, another arm of a person's immune defense, though the effect of Novavax as a follow-up to Pfizer was weaker than a second Pfizer jab.