According to Health Ministry officials, the man had contracted the virus from Sri Lanka''s second coronavirus patient who was in contact with a group of Italian tourists. 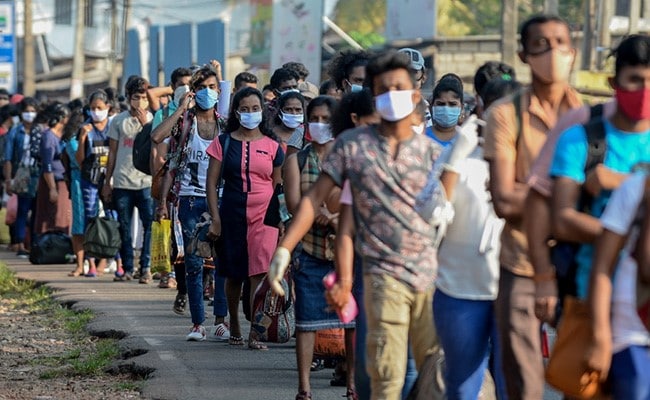 There are 115 confirmed COVID-19 cases and one death in the island nation.

Sri Lanka has recorded its first death due to coronavirus, a 65-year-old diabetic man.

The man, who was being treated for the deadly viral infection at Colombo''s Infectious Diseases Hospital (IDH), died on Saturday, said Anil Jasinghe, Director General of the Health Services.

The patient had a history of high blood pressure and blood sugar, he said.

According to Health Ministry officials, the man had contracted the virus from Lanka''s second coronavirus patient who was in contact with a group of Italian tourists.

As of Saturday, there were 115 confirmed COVID-19 cases and one death in the island nation. Nine persons have been cured of the disease, while 199 were under observation at designated hospitals across the country.

Meanwhile, the country continues to remain under curfew and a restriction remained imposed on foreign arrivals.

Indefinite curfew will continue in Colombo, Gampaha, Kaluthra, Puttalam, Jaffna and Kandy, while for other regions, the ban will be lifted for eight hours -- from 6:00 AM to 2:00 PM -- on Monday.

The ban on foreign arrivals has been extended till April 7 to contain the spread of the virus.

The Commissioner General of Prisons said some 1,460 prisoners will be released in view of the coronavirus threat.

Those inmates will be released who are serving jail terms for failing to fulfil bail conditions, he said.

Last week there was a riot in the north central province jail, causing at least two deaths, as inmates feared that they may get infected by the virus.