Coronavirus cases in Spain: Now on day 18 of an unprecedented four-week national lockdown to slow the spread of the virus, Spain has sought to dramatically ramp up testing. 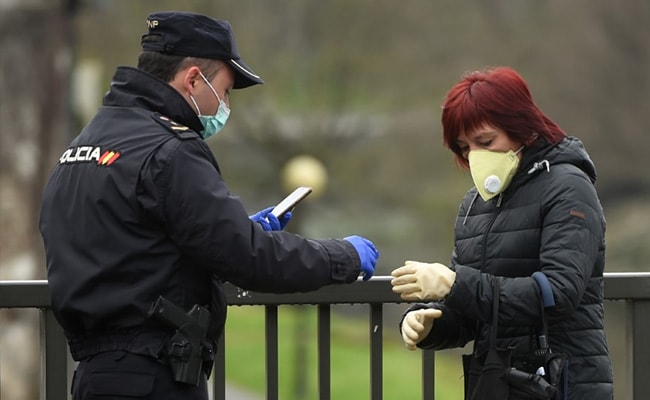 Once again, Spain hit a new record with 849 coronavirus deaths in 24 hours on Tuesday although health chiefs said the rate of new infections was continuing its downward trend.

After Italy, Spain has suffered the world's second most deadly outbreak which has now claimed 8,189 lives there. The latest figures came a day after the death count fell slightly, raising hopes the epidemic could be peaking.

Over the same period, the number of confirmed cases rose to 94,417 after another 9,222 people tested positive: a nearly 11-percent increase.

That figure was seen as a setback after a week in which the rate had been steadily failing, with Monday's figures having shown a rise of just over 8.0 percent.

"It's true that today we have a slight increase in the number of cases," said Maria Jose Sierra, from the health ministry's emergencies coordination unit.

But the downward trend "is continuing", she added.

This time last week, the rate of new infections stood at around 20 percent.

Now on day 18 of an unprecedented four-week national lockdown to slow the spread of the virus, Spain has sought to dramatically ramp up testing. It is sourcing kits from around the world in order to test some 50,000 people per day, up from the current 20,000.

It has also ordered millions of euros worth of supplies to support its health care system, on the brink of collapse following the massive influx of seriously ill patients and a growing number of medical staff falling sick with the virus.

The regional authorities there are using a massive exhibition centre and a string of hotels to house the sick, and setting up two temporary morgues for the dead, one inside an Olympic-sized ice skating rink.