The mountainous nation of two million people, which borders Italy, had reported some 1,500 coronavirus cases and 103 deaths as of Thursday. 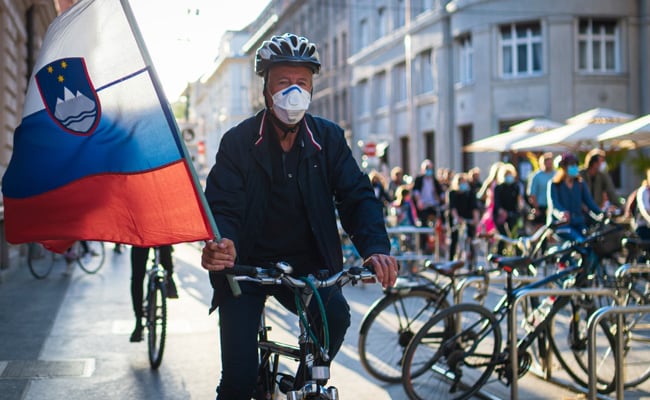 Slovenia also announced all other team competitions could resume from May 23. (Representational)

Slovenia opened its borders on Friday after declaring an end to its coronavirus epidemic, despite new infections still being reported.

"Today Slovenia has the best epidemic situation in Europe, which enables us to call off the general epidemic," Prime Minister Janez Jansa said, two months after the epidemic was declared.

The mountainous nation of two million people, which borders Italy, had reported some 1,500 coronavirus cases and 103 deaths as of Thursday.

But with the rate of new infections trailing off, the government ordered borders open for all EU citizens, while non-EU citizens will have to stay in quarantine.

"Since the danger of spreading the SARS-CoV-2 virus remains, some general and special measures will remain in force," it said in a statement, using a technical term for the COVID-19 disease.

Earlier this week, the government said some shopping centres and hotels would be allowed to reopen next week.

It also announced football and all other team competitions could resume from May 23.

Despite Slovenia apparently declaring an end to the epidemic, experts clarified that the disease was still present in the country.

"No other European state has so far declared the epidemic was over so we should be cautious in Slovenia too," infectious diseases expert Mateja Logar told public television on Thursday.

Declaring the end of the epidemic meant the government avoided an automatic extension until the end of June of the first package of economic measures approved to help the population and companies, according to Public Radio Slovenija.

This measures will now be in force until the end of May.