Several countries have begun to emerge from their latest waves driven by Omicron, the most transmissible strain to date, even though global new cases are still rising. 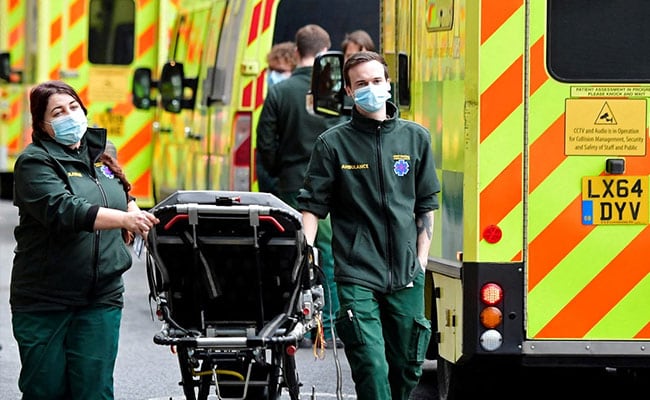 Pfizer and BioNTech have begun enrollment for a clinical trial to test the safety and immune response of their Omicron-specific Covid-19 vaccine in adults aged up to 55, the companies said in a statement Tuesday.

Pfizer's CEO Albert Bourla previously said at a conference that the pharmaceutical giant could be ready to file for regulatory approval of the shot by March.

The company's head of vaccine research Kathrin Jansen said in a statement that while current data showed that boosters against the original Covid strain continued to protect against severe outcomes with Omicron, the company was acting out of caution.

"We recognize the need to be prepared in the event this protection wanes over time and to potentially help address Omicron and new variants in the future," she said.

Ugur Sahin, CEO of the German biotech company BioNTech added that the protection of the original vaccine against mild and moderate Covid appeared to wane more rapidly against Omicron.

"This study is part of our science-based approach to develop a variant-based vaccine that achieves a similar level of protection against Omicron as it did with earlier variants but longer duration of protection."

A spokesperson for Pfizer told AFP that it did not include people older than 55 because the goal of the study was to examine the immune response of participants dosed, rather than estimate vaccine efficacy.

The volunteers are split into three groups.

The first involves people who previously received two doses of the current Pfizer-BioNTech vaccine 90-180 days prior to enrollment, and will receive one or two doses of the Omicron vaccine.

The second will be people who got three doses of the current vaccine 90-180 days prior to the study and will receive either another dose of the original shot or an Omicron-specific vaccine.

The third and final group are people who have never previously received a Covid vaccine, and will receive three doses of the Omicron-specific vaccine.

The Pfizer-BioNTech vaccine was the first Covid shot to be authorized in the West, in December 2020.

Because it is based on messenger RNA technology, it is relatively easy to update to reflect the genetic code of new variants.

Several countries have begun to emerge from their latest waves driven by Omicron, the most transmissible strain to date, even though global new cases are still rising.

The coronavirus has killed some 5.6 million people since the outbreak emerged in China in December 2019.