"We must rediscover the concrete nature of small things, of making small gestures toward those around us -- family, friends," the 83-year-old pontiff said. 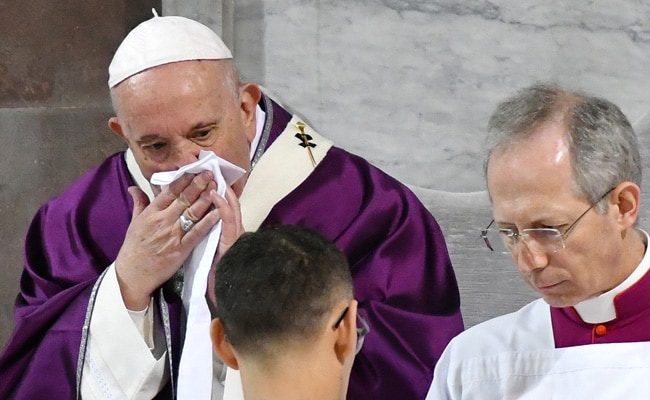 Pope Francis himself has been suffering from a cold since last month.

Pope Francis stressed Wednesday the importance of families and friends making small gestures such as hugs and phone calls during times of isolation in a pandemic.

"We must rediscover the concrete nature of small things, of making small gestures toward those around us -- family, friends," the 83-year-old pontiff told the La Repubblica newspaper.

"They are gestures of tenderness, of affection, of compassion, which are nonetheless decisive and important -- for example, a hot dish, a caress, a hug, a phone call."

Italian rules instruct everyone to keep one metre (three feet) apart while in public but say nothing about what people can do at home.

Most business have been closed and public events cancelled since last week.

Italian streets stand deserted except for the few who go out shopping or walk their dogs.

The Argentine-born pope has made no secret of his own discomfort at having to communicate with the world's 1.3 billion Catholics via livestream.

The Vatican's Saint Peter's Square has also been sealed off.

He complained of feeling like he was sitting in a "cage" this month while delivering his first Sunday Angelus Prayer into a camera instead of out of his Vatican window facing thousands of faithful.

Italy was the first country in Europe to be seriously hit by the coronavirus pandemic. Its 2,503 official COVID-19 deaths account for more than half of those reported outside China.

Some of the "social isolation" measures now being unrolled across the rest of Europe and parts of the United States have been in effect in Italy's northern epicentre of the virus since last month.

A Italian government hinted Wednesday that some measure such as school closures will be extended past their April 3 expiration date.

"I do not exclude it," transport minister Paola De Micheli said.

The pope himself has been suffering from a cold since last month.