The Belgians "Have Beer": Russians Under Quarantine Compare Facilities

In the fenced-off complex in Siberia, 144 people have been put in quarantine under close observation for two weeks after the Russian military evacuated them this week from the epicentre of the coronavirus epidemic, the Chinese city of Wuhan. 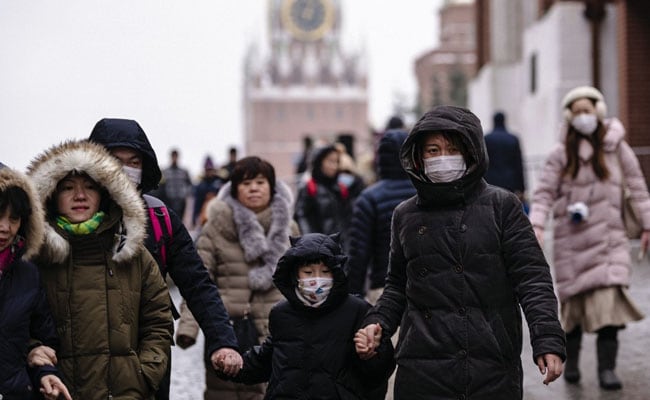 In Siberia, 144 people have been put in quarantine under close observation. (File)

It's a refurbished Soviet-style sanatorium, but there are no visitors, staff wear decontamination suits and riot police stand guard outside in temperatures of around -15 Celsius.

In the fenced-off complex in Siberia, 144 people have been put in quarantine under close observation for two weeks after the Russian military evacuated them this week from the epicentre of the coronavirus epidemic, the Chinese city of Wuhan.

Among them is Vladimir Markov who says those confined in the facility are whiling away the time by swapping notes on social media with people in Europe and the United States who are being similarly quarantined to stop the coronavirus spreading.

"The Belgians are in a military hospital and they have beer. They're allowed out and they can wander the corridors in masks. We have total imprisonment. Some of the French are in Marseille with a view of the sea," Markov said.

Hundreds of people have been quarantined at sites across the world after leaving China.

When Markov, 36, arrived in the Tyumen area of Siberia from Wuhan on Wednesday, people in full-body decontamination, or hazmat, suits took away his clothes, issued him striped pyjamas and gave him a room with another evacuee and told them they couldn't leave the room for a fortnight.

"We have woods, silver birches. It's all very Russian. The Americans have been sent somewhere like California... I don't know how they live. The Kazakhs are also locked up in hospital," he said by phone from the Siberian facility.

He and his roommate have a TV, laptops and their own phones, but their only physical contact with the outside world is with the medical staff who bring them food in the hazmat suits and who take their temperatures regularly starting at 5am.

Markov, a Russian national who has lived abroad for 12 years and also has Dutch citizenship, had been working with microchips in China for just three months when the virus hit.

The bulk of the people in the facility are Russians, while some are from former Soviet states.

Markov told Reuters most of those quarantined were young and had dealt with the surreal circumstances well, but that he thought some people's patience would wear thin as time went on.

The 144 people were flown from China on two Ilyushin Il-76 military planes, a trip that took 13 hours. They sat on wooden benches covered with Soviet woollen blankets and the only toilets available were portaloos in tents.

"All of it looks so surreal. People in full-body chemical protection suits are constantly coming in," said Markov. "It's like in the movies."