Calling the move "unprecedented" -- New York's reputation for never sleeping stems in part from its non-stop subway service -- the governor said starting May 6 the transportation system would close from 1.00 am (0500 GMT) to 5.00 am. 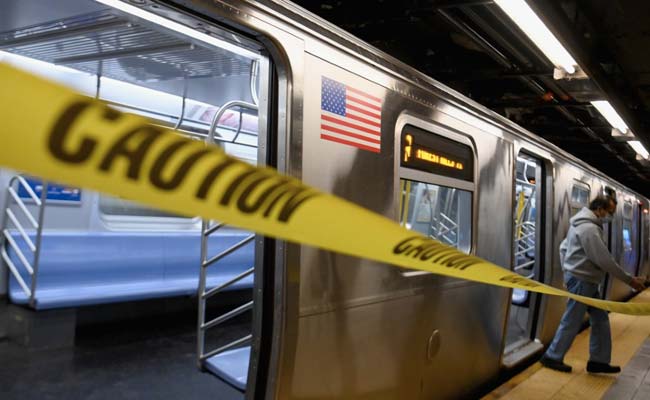 New York City will halt subway service for a period overnight to disinfect carriages in a bid to slow the spread of coronavirus, the state's governor Andrew Cuomo announced Thursday.

Calling the move "unprecedented" -- New York's reputation for never sleeping stems in part from its non-stop subway service -- the governor said starting May 6 the transportation system would close from 1.00 am (0500 GMT) to 5.00 am.

It is believed it will be the first recurring shutdown since the Metropolitan Transit Authority that operates the subway was inaugurated more than half a century ago.

Andrew Cuomo said alternative transit including buses and vans would be available free of charge to essential workers who travel in the early morning.

Calling the plan a "daunting challenge," Andrew Cuomo said disinfecting the extensive network was vital to ensuring the safety of riders.

Dozens of employees of the transportation authority have died of COVID-19 complications.

The cash-strapped subway system has come into sharp focus recently as tension grows in the city over homeless people sheltering on the trains.

Calling that situation "an unacceptable reality," New York City's Mayor Bill de Blasio, appearing via telecast at the governor's daily briefing, said steps would be taken to offer assistance to homeless people, but did not spell out any plans.

New York City is at the epicenter of the coronavirus pandemic, with more than 17,000 confirmed or probable related deaths out of nearly 160,000 recorded cases of infection.