Coronavirus: With "No New Wave Of Infection", Germany To Reopen All Shops And Schools

German Chancellor Angela Merkel and premiers from Germany's 16 federal states are expected to sign off on the text later Wednesday. 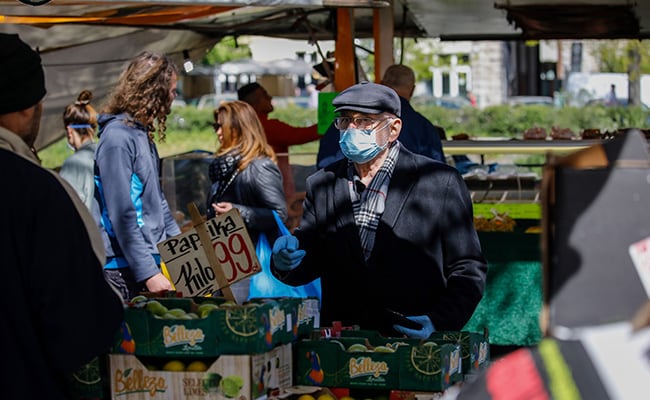 So far shops up to 800 square metres floor space had been authorised to reopen.(Representational)

Germany will take new steps towards normalisation in May, including reopening shops and schools after weeks of shutdown imposed to control the spread of the coronavirus, according to a draft agreement seen by AFP Wednesday.

"Even after initial steps to open up were introduced from April 20, the number of new infections remained low," the document read, with "no new wave of infection" so far detected -- justifying the series of bolder reopening steps.

So far, only certain children like those soon facing exams had been allowed to return to class.

But now kindergartens and primary schools will also reopen from next week.

Chancellor Angela Merkel and premiers from Germany's 16 federal states are expected to sign off on the text later Wednesday.

Meanwhile it will be up to the individual regions to decide how to proceed with reopening universities.

Regarding shops, the politicians said all could reopen but requirements "for hygiene, managing entry and avoiding queues forming" would be imposed.

So far only shops up to a floor space of 800 square metres (8,600 square feet) had been authorised to resume sales.

States will also have a free hand over whether to reopen restaurants beginning on May 9, as well as on decisions affecting theatres, concert halls, nightclubs and gyms.

Meanwhile the one major coronavirus restriction set to remain in place -- likely for several months -- is a ban on large gatherings like sports matches, cultural events or festivals.

Such events will remain forbidden until "at least August 31", according to the text.

What's more, lockdown measures will be reimposed if the number of coronavirus infections begins to mount again.

If more than 50 new infections per 100,000 inhabitants are detected within seven days, the affected city or district must impose "a corresponding lockdown plan".

In case of a "localised and clearly containable infection pattern" -- such as in a single institution like an old people's home -- the measures could be limited only to the specific place affected, rather than a whole region.

The government also includes a general call for Germans to continue to maintain a safe distance from one another and wear masks in shops and on public transport.