Country will reconsider relaxing or tightening the measures in case of a very steep rise or decline in infection numbers, Chancellor Olaf Scholz said 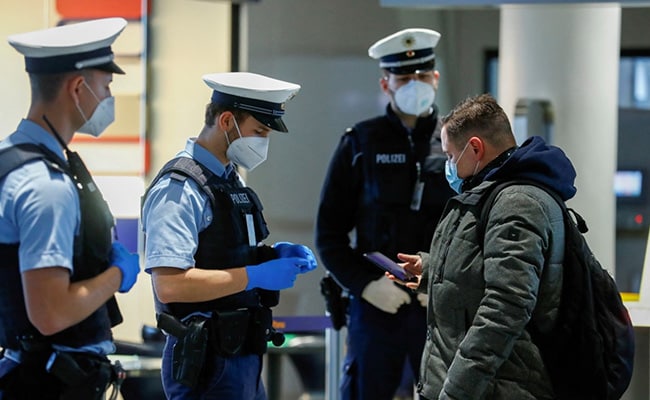 Earlier, Health Minister had expected the infection wave to peak in mid-February.

Germany on Monday extended its current pandemic measures as the experts panel appointed by the government has warned the fast spreading Omicron coronavirus variant could bring critical infrastructure in Europe's biggest economy to a breaking point.

Chancellor Olaf Scholz said he had agreed with the heads of the federal states to extend restrictions such as limiting private gatherings to 10 ten people and requiring proof of booster vaccination or a negative test at restaurants.

"Now it's time to stay on course," said Mr Scholz after a meeting on Monday.

The government will reconsider relaxing or tightening the measures in case of a very steep rise or decline in infection numbers, Mr Scholz added.

Germany on Monday reported 63,393 new COVID-19 cases, an 86% jump from a week ago, according to data from the Robert Koch Institute (RKI) for infectious diseases.

Mr Scholz and the heads of states also agreed to prioritise the use of COVID-19 PCR testing and to increase testing capacity to cope with rising infections. However, subsidized PCR tests will be only applied for vulnerable groups and staff in clinics and nursing homes.

In Berlin, where the rate of cases per 100,000 inhabitants over the last 7 days hit 1,465 - second-highest in Germany - compulsory school attendance will be suspended until the end of February, to accommodate parents worried about sending their children to classrooms amid rising infections, Mayor Franziska Giffey said.

The next meeting with states' leaders to discuss possible coronavirus measures is scheduled to take place on February 16, the chancellor said.

8 Ministers Inducted In Crisis-Hit Sri Lanka, No Finance Minister Yet