Covid In Ireland: The stringent rules, beefed up last month as the variant prompted a surge of new infections -- forcing nightclubs to close over the Christmas period. 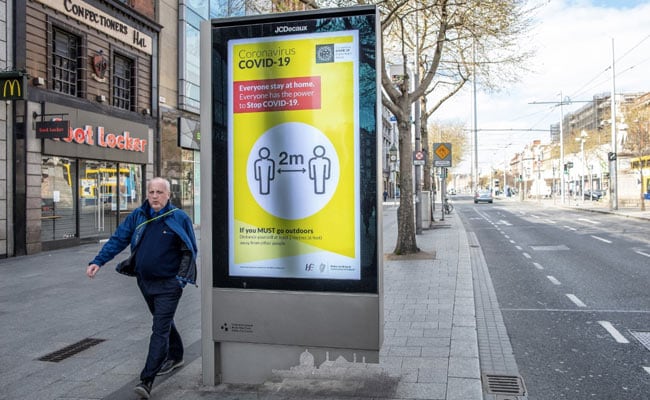 Ireland only fully reopened in October, after 18 months of lockdowns that then returned in December.

Irish Prime Minister Michael Martin announced Friday most pandemic restrictions will be scrapped, including early closing times and other curbs on hospitality venues, declaring the country had "weathered the Omicron storm".

The stringent rules, beefed up last month as the variant prompted a surge of new infections -- forcing nightclubs to close over the Christmas period -- will be lifted from 0600 GMT Sarturday after new cases and other key indicators eased in recent weeks.

"I have stood here on many dark days but today is a good day," Martin said in a televised announcement in Dublin.

"We've concluded that the rationale or justification for continuing most of our public health restrictions are no longer in place.

"The majority of public health measures that we've had to live with will be removed," he added, while cautioning "the pandemic isn't over".

Ireland only fully reopened in October, after 18 months of rolling lockdowns that then returned in early December.

Friday's decision means pubs, bars and restaurants can operate normal trading hours -- rather than closing in early evening -- and no longer need a Covid pass system or social distancing.

Meanwhile indoor and outdoor events will not have any crowd limits imposed on them and different households can gather without restrictions on numbers.

Employees can also gradually return to workplaces from next week.

Masks will still be needed in some settings, while self-isolation rules will also remain for now for those who test positive for Covid-19 and their close contacts as well as symptomatic people.

Ireland, which has a population of around five million people, has recorded more than 6,000 deaths from the virus.

The country has seen high levels of vaccine uptake, with nearly two-thirds of those aged over five receiving a booster jab in recent months.

"Ireland's first class vaccination programme and the rollout of boosters has utterly transformed our situation," Martin said in his address.

"It was our vaccinations and boosters that prevented the recent wave of infection translating into much more serious levels of illness and death."