How COVID-19 Became A 'Boon' For Battered Bihar Hospital

Doctors said when a second wave pummelled India this year, the government hospital with some 800 beds and meant to serve millions of people, barely pulled through. 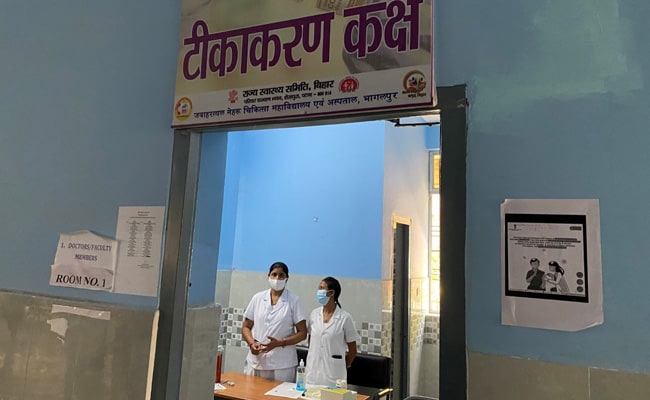 At the height of the first COVID-19 wave in India last year, the Jawaharlal Nehru Medical College and Hospital (JLNMCH) in Bhagalpur exemplified the sorry state of healthcare in most of the countryside.

Wards and ICUs were so swamped with patients and relatives that armed escorts went with doctors on their rounds, in case violence erupted. Doctors said when a second wave pummelled India this year, the government hospital with some 800 beds and meant to serve millions of people, barely pulled through.

But thanks to the misery the pandemic brought, JLNMCH is getting a new lease of life as authorities try to address chronic under-investment in health, especially in Bhagalpur's home state of Bihar where healthcare infrastructure is among the worst in the country.

The hospital has now set up its own oxygen generators that will meet nearly all its demand, hired dozens of new nurses, nearly doubled its ICU capacity, and linked hundreds of beds to piped oxygen for the first time in years. Its pink, badly-peeling exterior also might get a fresh coat of paint, the hospital superintendent said.

Work on a swanky new 200-bed advanced-care hospital, which started a few years ago, accelerated this year and is likely to be finished by the first half of next year.

"COVID has been a boon for us," Asim Kumar Das, medical superintendent of JLNMCH, told Reuters in an interview at the hospital. "Although it destroyed mankind and brought huge suffering, it has given us so many changes in the infrastructure of the hospital."

Mr Das said the hospital was in talks with the state government for 200 more beds in the main complex, along with additional human resources as there was an "acute shortage" of doctors and paramedics.

Health infrastructure is starting to get similar attention across many parts of India, government figures show. 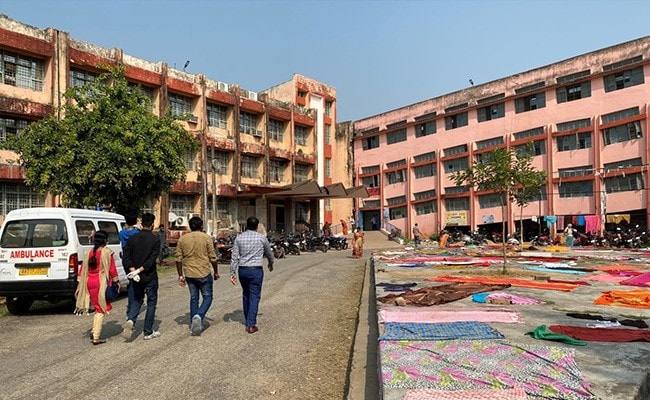 Bhagalpur's hospital has not admitted a single COVID-19 patient in the past two months.

Heavily criticised over record coronavirus infections and deaths in April and May, Prime Minister Narendra Modi's government, along with states and government-run companies, have provided funds for hospitals so that all of India's nearly 750 districts have at least one oxygen-generation plant.

Some 4,000 of them have been commissioned in recent months, according to the government.

The government has also pledged to build many new hospitals and upgrade existing ones in the next few years with the investment of around $9 billion - part of a bigger plan to double the number of hospital beds to two per 1,000 people.

Many states are also planning to double their health spending, says the federal government, which wants to raise its public health spending to 2.5% of GDP by 2024/25 from 1.2% this fiscal year.

India's public health budget is among the lowest in the world, which means its citizens' out-of-pocket expenditure is among the highest, according to World Bank data.

By next year, Bihar alone has pledged to finish building 1,600 new government hospitals at the cost of nearly $500 million. As of 2018, the state had fewer than 80 big sub-district and district hospitals.

"It's a good beginning, there's no doubt about it," said cardiologist and epidemiologist K. Srinath Reddy, president of the non-profit Public Health Foundation of India.

"But without the human resources - they should be adequate in numbers, well trained and well distributed across the country - infrastructure alone will not deliver. So this element needs to be focused upon as quickly as possible."

The Bhagalpur hospital now has 60 ICU beds, but during a recent visit by Reuters, multiple rooms were either locked or empty.

"We are short of human resources," the department's doctor-in-charge Mahesh Kumar said in one of the unoccupied rooms where 16 beds were made up with blue mattresses. "We need trained doctors and paramedics. If we get them, we can easily keep all the ICU rooms running."

Bihar's government-run district hospitals have one of the worst ratios of doctors and nurses relative to patients, according to government data released in August.

New Delhi is staffed more than twice the national average, which falls short of the federal government's own parameters.

In a report presenting the data, the government identified the shortage of human resources as one of the main problems and says it is working to correct it.

Inaugurating nine medical colleges in the county's most populous state of Uttar Pradesh late last month, PM Modi said India would be able to churn out more doctors in the next 10-12 years than the first 70 years of India's independence from British rule in 1947.

A plunge in COVID-19 cases has given India some time.

Bhagalpur's JLNMCH has not admitted a single COVID-19 patient in the past two months, a reflection of the low number of new cases in the Bihar where a huge majority of its people were estimated to have been naturally infected by July.

A building block reserved to admit some 100 COVID-19 patients was completely empty, while in the paediatric ICU, 16 beds were kept empty in case another wave hits children, as is feared.

"Since the second wave, there has been an improvement in our infrastructure as well as the competency of the medical staff," said Kumar Gaurav, a psychiatrist who ran the hospital during the last two waves because most senior doctors had either contracted the virus or were reluctant to handle the responsibility.

"If a third wave materialises, or anything else comes, we will be able to handle it much better."

Covid In IndiaCoronavirus In India