Maria Butina pleaded guilty in December last year to one count of conspiring to act as a foreign agent for Russia. 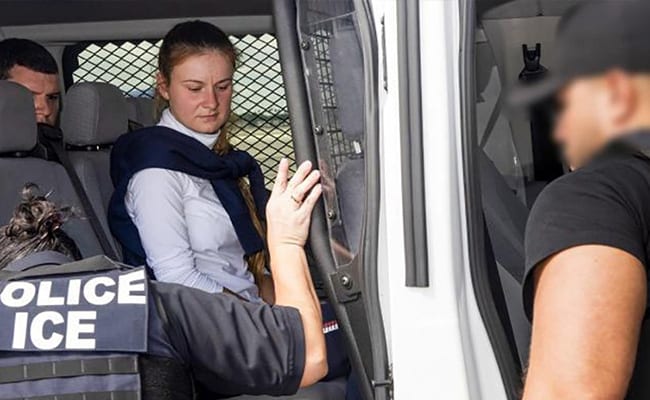 Russian national Maria Butina, who was jailed in the United States in April after admitting to working as a Russian agent, arrived in Moscow on Saturday, greeted by her father and Russian journalists who handed her flowers.

Butina pleaded guilty in December last year to one count of conspiring to act as a foreign agent for Russia by infiltrating a gun rights group and influencing U.S. conservative activists and Republicans.

Her case further strained the U.S.-Russian relations, prompting Moscow to accuse Washington of forcing Butina, a 30-year-old Masters student, to confess to what it described as ridiculous charges.

Russian state television on Saturday showed a brief interview with Butina recorded before her plane took off. Numerous local reporters and TV crews gathered in Sheremetyevo airport to cover her arrival, some with flowers.

(Except for the headline, this story has not been edited by NDTV staff and is published from a syndicated feed.)
Comments
Russian Agent in USMaria ButinaRussian agent deported