"I mean, we did this as a goof; I'm a comedian," Melendez said. "I just could not believe that it took us an hour and a half to get Jared Kushner and Donald Trump on the phone from Air Force One." Kushner is Trump's senior adviser and son-in-law. 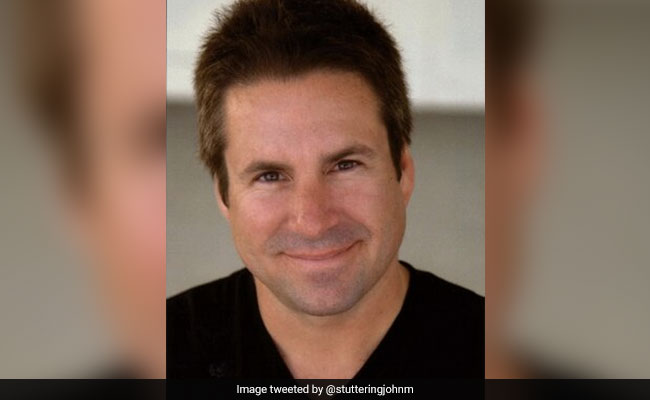 John Melendez said he was "shocked" that he was able to successfully reach the president.

On Thursday, John Melendez said he had prank-called the president of the United States - on Air Force One no less - and was irked that the news media hadn't taken widespread notice of what, in his particular line of work, would amount to a Super Bowl victory.

Two days later, Melendez said he stood quietly behind his front door, hoping that Secret Service agents who'd come knocking would leave without a fuss. He said that agents later identified themselves to his neighbors.

For Melendez, better known by his moniker on "the Howard Stern Show," Stuttering John, the recognition that a wider audience was taking notice of his presidential prank had come in speedy, potentially arrestable fashion.

In the call, posted on Melendez's podcast, the comic poses as Sen. Robert Menendez, D-N.J., and appears to be patched through to Donald Trump while the president is aboard Air Force One on his way back to Washington after a rally in Fargo, North Dakota.

Of course, it is difficult to independently verify if Melendez actually reached the president. The prank could be on Melendez's listeners, not Trump. Neither the White House, nor the Secret Service have returned calls to confirm Melendez's claims about the prank call and resulting visit.

Secret Service at my door. I guess my old friend Donald wants to continue this. Stay tuned.

Alright, I didn’t answer & they have left, but my neighbors said they showed their badges.

In the audio recording of "The Stuttering John Podcast," a voice that sounds a lot like President Trump's says "Hi, Bob," before going on to congratulate "Menendez." The New Jersey Democrat fended off a challenger this month in a closer-than-expected Senate primary after avoiding conviction in a federal corruption trial last year.

"You went through a tough, tough situation - and I don't think a very fair situation - but congratulations," says the voice that sounds like that of Trump.

Melendez and "Trump" then chat about immigration policy and the process of choosing a Supreme Court nominee before wrapping up their conversation a few minutes later.

"You take care," says the voice that sounds like Trump's, at the end of the call. "I will speak to you soon, Bob. Take care of yourself."

The supposed prank call with the president follows reports that Trump's use of government-issued smartphones may open him up to security risks. The president also faced criticism last year for discussing the sensitive issue of how the United States should respond to a North Korean ballistic missile test while on the terrace of his Mar-a-Lago Club in Palm Beach, as waiters and curious patrons watched and snapped photos.

Melendez, who left Stern's show in 2004 and went on to work as an announcer for Jay Leno's "Tonight Show," has long been known for ambushing celebrities with embarrassing questions. In one appearance, he asked Gennifer Flowers at her 1992 news conference about her affair with Bill Clinton, "Will you be sleeping with any other presidential candidates?"

Melendez said in an interview with CNN on Friday that he was "shocked" that he was able to successfully reach the president.

"I mean, we did this as a goof; I'm a comedian," Melendez said. "I just could not believe that it took us an hour and a half to get Jared Kushner and Donald Trump on the phone from Air Force One." Kushner is Trump's senior adviser and son-in-law.

A day later, Melendez joked that he was on the run. "I can't (stay) at my house because I have my kids this weekend & it's my last opportunity before I go (to) the big house," he joked.

Then he jokingly mused about the time he will spend locked up.

"I'm currently at an undisclosed location. Sorry, love you all but I have to go to sleep. Red, can I get a rock hammer?"