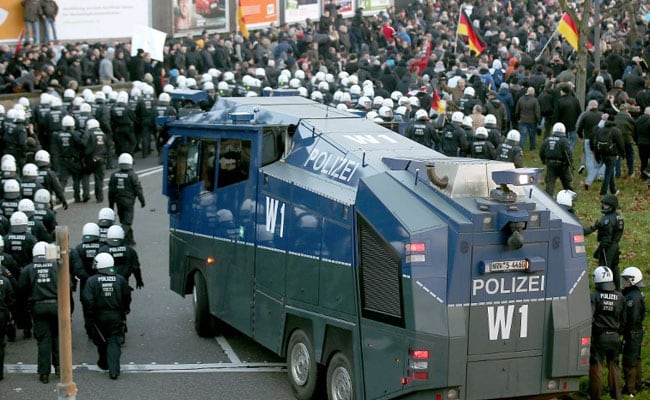 Witnesses had described terrifying scenes of women running the gauntlet of groping hands, lewd insults and robberies in the mob violence. (AFP photo)

Berlin, Germany: Cologne police said Saturday the number of cases filed over violence during New Year's festivities had reached 379, and that asylum seekers and illegal migrants made up the majority of suspects.

"Those in focus of criminal police investigations are mostly people from North African countries. The majority of them are asylum seekers and people who are in Germany illegally," police said in a statement, adding that around 40 percent of the cases related to sexual assault.

Investigations were ongoing to determine if charges could be brought against the suspects, it said, with 100 investigators now examining the cases.

Cologne police chief Wolfgang Albers was suspended yesterday after his force came under fire for failing to prevent the shocking spate of crime a week ago.

Witnesses had described terrifying scenes of women running the gauntlet of groping hands, lewd insults and robberies in the mob violence.