It is not clear if the co-pilot, identified as 23-year-old Charles Hew Crooks, jumped from the aircraft or fell out of it. 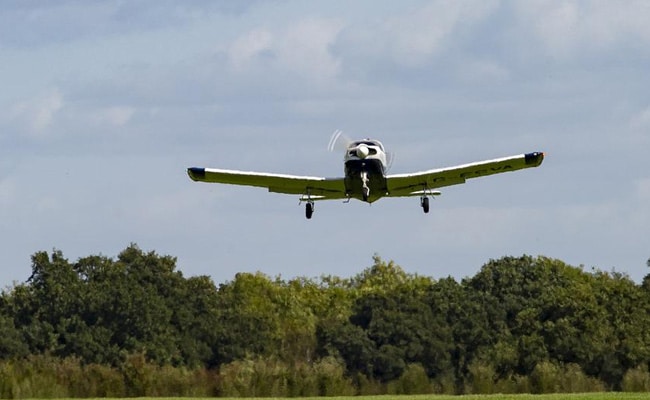 FAA and the NTSB are now investigating the incident. (Pixabay/Representative Image)

In a chilling incident, a co-pilot of a small plane died on Friday after exiting the aircraft in North Carolina, US, before it made an emergency landing.

According to the Independent, the Federal Aviation Administration (FAA) informed that a twin-engine CASA CN-212 Aviocar landed in the grass at Raleigh-Durham International Airport. But the body of the co-pilot, identified as 23-year-old Charles Hew Crooks, was found in a backyard, about 48 kilometres south of the airport. The pilot of the plane, on the other hand, was found alone in the aircraft and was taken to a nearby hospital with minor injuries.

In a statement, the police said, “Earlier today, surrounding law enforcement and fire service agencies responded to the Sonoma Springs Subdivision with the objective of locating the co-pilot that had exited a plane while in mid-flight.”

As per New York Post, the cops are trying to figure out why Mr Crooks was not in the cockpit when the plane hit the runway. They informed that the 23-year-old was not wearing a parachute. They believe that his body fell about 3,500 feet. The authorities are still unsure if he died before the incident. It is also not clear if Mr Crooks jumped from the aircraft or fell out of it.

First responders found the co-pilot when a resident reportedly flagged them down after they heard something in their backyard, Darshan Patel, operations manager for Wake County emergency management, said. He also informed that before the crash, the pilot had asked air traffic control for help as they lost the right wheel of the plane.

Now, both the Federal Aviation Authority and the National Transportation Safety Board are now investigating the incident.