The Opposition alleges that Farah Khan received a huge sum of money for getting officers transferred and posted according to their choices, calling the scam the "mother of all scandals". 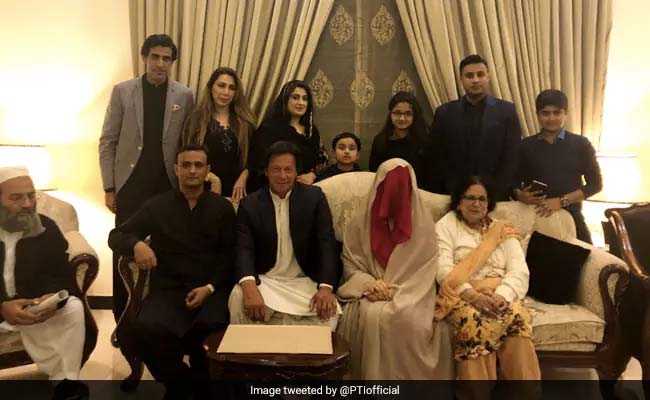 Farah Khan, a close friend of Prime Minister Imran Khan's third wife Bushra Bibi, has fled the country following reports that she could be arrested if a new government is installed in Pakistan.

Her husband Ahsan Jamil Gujjar has already left for the US.

Farah left for Dubai on Sunday, The Express Tribune newspaper reported on Sunday.

The Opposition alleges that Farah received a huge sum of money for getting officers transferred and posted according to their choices, calling the scam the “mother of all scandals” amounting to 6 billion Pakistani rupees (USD 32 million).

Maryam Nawaz, the Pakistan Muslim League (N) Vice President and deposed premier Nawaz Sharif's daughter, claimed that Farah has done this corruption at the behest of Imran and his wife.

According to Maryam, Prime Minister Khan fears that once he is out of power, his “thefts” will be exposed.

Recently-sacked Punjab governor Chaudhry Sarwar and Khan's old friend and the party financer Aleem Khan also alleged that Farah had made billions of rupees in transfers and postings done in Punjab through chief minister Usman Buzdar.

There are reports that more close aides of Khan have planned to leave the country after he loses the top office.

On Sunday, Khan dissolved Parliament after the deputy speaker dismissed a no-trust motion against him.

The joint Opposition had presented the support of 197 lawmakers, 25 more than the required number, in Parliament on Sunday to oust the premier.

The Opposition moved the Supreme Court challenging the deputy speaker's act as “illegal and unconstitutional”.

In a TV interview recently, Khan claimed that the new government would launch a character assassination campaign against him and his wife, and also propagate corruption of Farah.