Climate Deal Will Live On, Despite US Blow: Experts 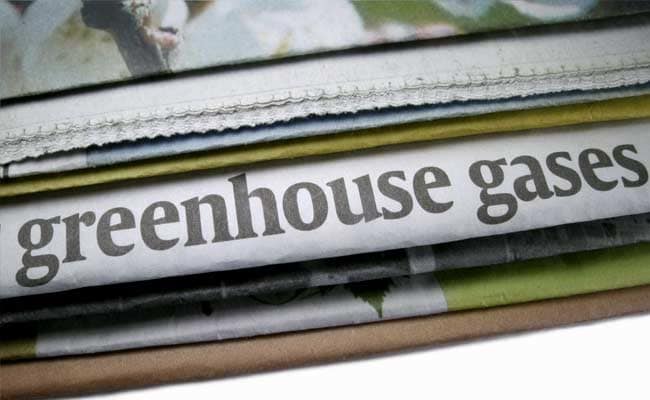 The Environmental Protection Agency gave US states individual greenhouse gas emission targets , to be achieved by 2022.

Washington, United States: In freezing President Barack Obama's plan to tackle carbon emissions, the US Supreme Court delivered a blow to a global climate deal, but experts say that US commitments to the deal will survive.

Obama's "Clean Power Plan" would require the power sector to cut carbon dioxide emissions by at least 32 percent compared to 2005 levels by the year 2030.

The high court's surprise decision unleashed a wave of concern around the world.

"For a vulnerable country like India, it is important that the Paris Agreement leads to ever more ambitious actions by all countries," said Navroz Dubash of the New Delhi-based Centre for Policy Research, referring to the global climate deal.

"From that perspective, this early indication from the US Supreme Court risks taking us in the wrong direction."

However, Kimmell told AFP, "it would be quite premature to conclude that is a blow to the Paris Agreement."

The freeze will only last about 18 months, until a legal challenge by a coalition of 27 mostly Republican states is heard and Obama himself has said he is confident the White House is on "strong legal footing."

The Environmental Protection Agency gave US states individual greenhouse gas emission targets, but they have until 2022 to comply, which Kimmell noted was a "very long" timeline.

"The immediate effect of the ruling is to push back the deadline for our states to submit implementation plans, but this delay does not necessarily imperil the United States' meeting its 2030 target," said Scott Fulton, president of the Environmental Law Institute.

West Virginia Attorney General Patrick Morrisey echoed fellow Republicans when he hailed the "historic and unprecedented victory against (the) EPA," backed by the five conservative justices of the nine-seat court.

But climate experts note that the Supreme Court did not rule on the substance of the Clean Power Act, sending the matter back to an appeals court that will probably rule in June.

"This is merely a temporary pause on the Clean Power Plan, and we are confident that it will prevail in the court hearings to come," said Sierra Club executive director Michael Brune.

"The Paris Agreement will ride through this," he said.

"There are many challenges ahead and I am more concerned about countries like Japan pressing ahead with coal than this action by the US Supreme Court."

In his first public reaction to the justices' "unusual" decision, Obama rejected a potential end to a project he has held so dear.

The Clean Power Plan is at the heart of Washington's commitments under a global climate deal agreed by 195 governments in Paris in December.

Could the freeze encourage other major polluters, like China and India, to halt their efforts to transition toward more clean energy?

"Countries like China, India and others are moving forward with their Paris commitments because moving to a clean energy future is in their national interest for a whole host of reasons, including clean air and public health, energy security and international competitiveness," said Rhodium Group's Kate Larsen.

"I don't imagine this speed bump on the path to a single policy in the US will keep them from pursuing those national priorities."

That said, Larsen acknowledged that some countries may be concerned since the Clean Power Plan is the "most international visible climate policy" that Washington has presented thus far.

And the plan is but one element of many in US climate policy.

"This temporary setback to one piece of the US climate strategy will not deter the tremendous momentum globally coming out of Paris," said Center for Climate and Energy Solutions executive vice president Elliot Diringer.

"Many US states and power companies have already said they will continue working to reduce emissions despite the court's ruling.