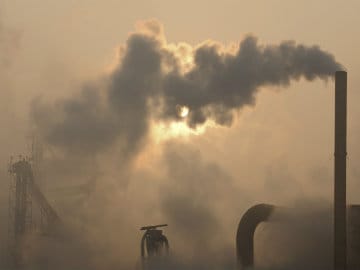 Koror, Palau: A summit of Pacific leaders opened in Palau today with a call for developed nations to take action on climate change and stop overfishing the world's largest ocean.

"The ocean is our way of life," he said at an elaborate sunset opening ceremony featuring club-wielding warriors dressed in loin cloths and palm fronds.

"It sustains and nurtures us, provides us with the basics of our Pacific island cultures, our very identities."

Mr. Remengesau said the Pacific Ocean was "under siege" from pollution and overfishing, leaving members of the 15-nation PIF vulnerable as many of them lie barely one-metre (three-feet) above sea level.

"We must recognise that the long term solution to ocean warming, rising seas and ocean acidification is a big global cut in CO2 (carbon dioxide) emission," he said.

This week's meeting seeks to maintain momentum from the 2013 summit in the Marshall Islands, where Forum nations signed the Majuro Declaration, committing them to ambitious targets for cutting greenhouse gas emissions and adopting renewable energy.

Marshall Islands President Christopher Loeak said it was an opportunity to drive the message home once again ahead of a special UN summit on climate change in New York on September 23.

"Climate change must be front and centre of the regional agenda," he said.

While the small island nations that make up the majority of Forum members have no control over the industrialised world's greenhouse gas emissions , they can influence the direction of Pacific fisheries.

Mr. Remengesau said it was time to take a stand against industrialised fishing in the Pacific, much of which is conducted by so-called "distant water" fleets from as far afield as Europe.

The Pacific tuna industry is worth about $4 billion a year but relatively little of the money trickles back to Forum countries.

Scientists say tuna stocks are dwindling quickly, with the southern bluefin variety down an estimated 96 percent after decades of overfishing.

Promoted
Listen to the latest songs, only on JioSaavn.com
He said the drastic step was needed to allow fish populations to replenish and let the ocean heal.

The PIF summit will continue until Friday, when member nations will hold discussions with so-called "dialogue partners" including the United States, China and the European Union.