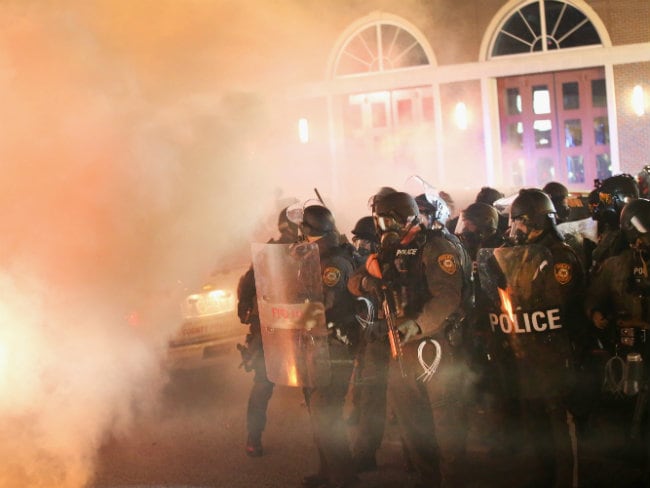 The city manager of Ferguson, Missouri, has resigned in the wake of a US Justice Department probe that found a range of systemic racially biased practices by the police and municipal court, the city said on Tuesday.

Ferguson City Council voted unanimously at a meeting on Tuesday to accept the resignation of City Manager John Shaw effective immediately. The city manager is the highest-ranking, non-elected municipal official and oversees the police department.

Shaw was among several individuals heavily criticized in the Justice Department report issued last Wednesday. Shaw had held the position in the St. Louis suburb since 2007.

The Justice Department launched its investigation into Ferguson's police department and municipal court after the August 9 shooting death of unarmed black teenager Michael Brown by a white police officer.

The officer, Darren Wilson, was not charged in the shooting that triggered nationwide protests and widespread complaints of mistreatment of blacks by police.

The Justice Department said it found that the mostly white police force in the mostly black community routinely targeted African-Americans for arrests and ticketing, in part to raise revenue for the city through fines and fees.

The department also found officers had a pattern of using excessive force, illegally arresting people without cause, deploying attack dogs and tasers on unarmed people.

The federal report said the city made it clear to the police chief and municipal judge that revenue generation must be a priority.

Shaw issued a statement on Tuesday denying some of the Justice Department allegations.

"My office has never instructed the police department to target African Americans, nor falsify charges to administer fines, nor heap abuses on the backs of the poor," Shaw said. "Any inferences of that kind from the report are simply false."

Promoted
Listen to the latest songs, only on JioSaavn.com
Some protesters, business leaders and state and federal officials have also called for the ouster of Police Chief Tom Jackson.

"We have had all the eyes of the world on us in this tragedy," said Joe Reagan, chief executive of the St. Louis Regional Chamber and Growth Association. "We have to focus on restoring trust in the justice system. Leadership changes are needed."
© Thomson Reuters 2015