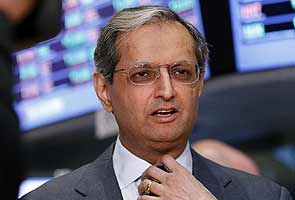 Citigroup said it will pay $15.5 million to Vikram Pandit, its former chief executive who resigned from company last month, as well as to his top deputy.

The bank said on Friday the payments to Pandit and former Chief Operating Officer John Havens reflect the progress the bank made in 2012 and work they did in some earlier years.

The statement came less than a month after board members led by Chairman Michael O'Neill told Pandit privately that his work was not satisfactory, sources said at the time.

The payments are the final chapter in the reign of Pandit, who was named chief executive just as the financial crisis started and shepherded the bank through three government rescues and a series of subsequent miscues.

O'Neill lost confidence in Pandit after missteps that included the bank's failure to win regulatory approval to return capital to shareholders this year, sources had said.

Payments to departing officers are a thorny matter for corporate boards because investors question the benefit the company gets from handing money over to executives that no longer work there.

Citigroup said it was paying the men what it had to. "While Citi will also honor all past awards that they are legally entitled to, there are no severance payments. Awards to which they are not legally entitled have been forfeited," O'Neill said in the statement from the company.

Before and during the financial crisis, outgoing executives often received much more money. In 2007, for example, Merrill Lynch Chief Executive Stan O'Neal left his company with a severance package of $161.5 million.

Pandit initially agreed to take one dollar a year for being CEO. At the time the company was struggling to pay back government bailout money. Pandit and Havens had previously sold their hedge fund to Citigroup in a deal that ultimately paid each man $79.7 million.

The company later adopted a new compensation plan and Pandit was paid $14.8 million in 2011. The pay plan raised the ire of investors and was denounced by a majority vote of shareholders in a referendum at Citigroup's annual meeting in April.

The pay plan did not closely link executive compensation to performance, critics said.

The plan was also criticized for granting large retention awards to keep executives from leaving.

At that same meeting, O'Neill became chairman of the board, marking the beginning of the end for Pandit's career at Citigroup.

Citigroup directors, after losing the advisory vote on pay, vowed to meet with shareholders. The company is expected to unveil a new executive compensation plan before the next annual meeting.

Promoted
Listen to the latest songs, only on JioSaavn.com
In the meantime, Pandit and Havens by leaving are forfeiting some of their retention awards, according to the statement from the company. For Pandit, that means leaving behind $24.2 million and for Havens $18.9 million, according to a person familiar with the matter who declined to be identified.

The final pay agreements were signed on Friday and set November 30 as the official termination dates for the two men, according to the bank's statement in a regulatory filing.
© Thomson Reuters 2012