White House officials said that they were first contacted in the summer by the FBI about senior aide Rob Porter's clearance. They also said that the investigation was never completed and that they did not know the extent of the allegations against Porter. He stepped down last week after accusations of spousal abuse by his two ex-wives. 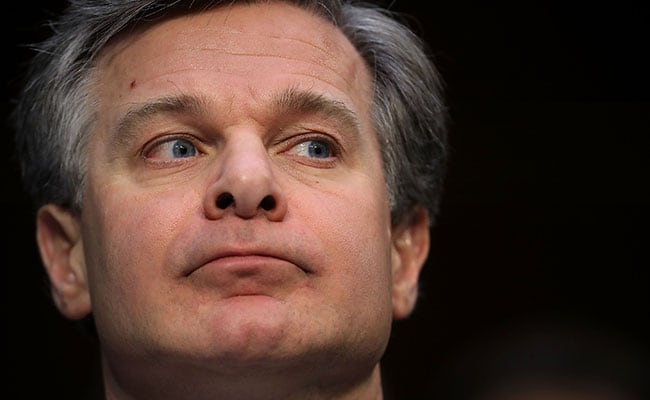 Washington: FBI Director Christopher Wray on Tuesday contradicted the White House's account of when the bureau informed officials about the status of a senior aide's security-clearance investigation.

White House officials said that they were first contacted in the summer by the FBI about senior aide Rob Porter's clearance. They also said that the investigation was never completed and that they did not know the extent of the allegations against Porter. He stepped down last week after accusations of spousal abuse by his two ex-wives.

But Wray, testifying before the Senate Intelligence Committee, said the FBI submitted a partial report on his clearance in March and that the investigation was completed in July. Soon after, he said, the FBI received a request for a follow-up, which the bureau completed and provided in November. The FBI closed the file in January and then earlier this month, Wray said, the bureau received additional information and "we passed that on as well."

"I am quite confident that in this instance, the FBI followed established" protocols, Wray said, speaking at the committee's annual worldwide-threats hearing.

His remarks come as the White House has sought to deflect criticism over its handling of Porter's clearance, saying it relies on law enforcement and intelligence agencies to run the process.

Wray's comments stand in stark contrast to how the White House has in recent days portrayed the status of the background check and when senior officials knew about the allegations of abuse against Porter. 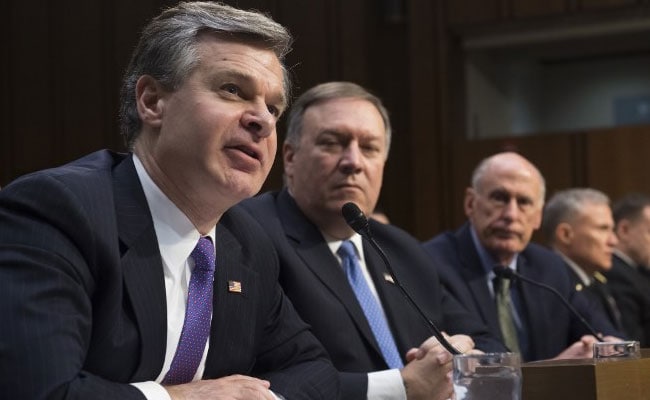 Last week, Sanders's deputy, Raj Shah, said the background check had not been finished and that the White House saw it as the appropriate forum for the allegations of abuse and Porter's denials to be investigated.

"We should not short-circuit an investigation just because allegations are made, unless they could compromise national security or interfere with operations at the White House. The truth must be determined," Shah said on Feb. 8. "And that was what was going on with Rob Porter. His background investigation was ongoing. He was operating on an interim security clearance. His clearance was never denied, and he resigned."

That message was reiterated by Sanders Monday.

"As I know Raj addressed last week, we let the process play out," she told reporters. "It was ongoing, hadn't been completed."

Before Wray's testimony, the White House was facing a number of questions about how Porter's dismissal was handled, including the role played by Chief of Staff John F. Kelly.

Kelly has said that he took action against Porter within 40 minutes of learning on Feb. 8, when the accusations against were first reported by The Daily Mail, that the allegations against him were true. But he issued a public statement lauding Porter that same night and, according to people familiar with the matter, urged Porter to say in his job. Porter did not resign until the next morning after the publication of photos showing his first wife, Colbie Holderness, with a black eye, which she says was the result of a punch from Porter. He denies the allegations against him.

The day Porter resigned, Sanders portrayed it as his decision alone.

"I think that was a personal decision that Rob made, and one that he was not pressured to do, but one that he made on his own," she told reporters.

Sanders also said "the president and chief of staff have had full confidence and trust in his abilities and his performance."

The Porter incident has also led to renewed scrutiny of how many White House officials who may have access to classified information continue to work in the West Wing without a permanent security clearance.

At Tuesday's hearing, Daniel Coats, the director of national intelligence, declined to comment on Porter's case or those of other White House officials, including Jared Kushner, the president's son-in-law and senior adviser, who have temporary security clearance but still have access to classified information.

Promoted
Listen to the latest songs, only on JioSaavn.com
But in general, Coats said, people with temporary clearance should have limited access to classified information.
- - -
The Washington Post's Josh Dawsey contributed to this report.