Where Did Christopher Columbus Come From? DNA Study Aims To Discover

There are several theories about Columbus' origins - be it the Italian port city of Genoa, which most historians believe, or Spain or Portugal. 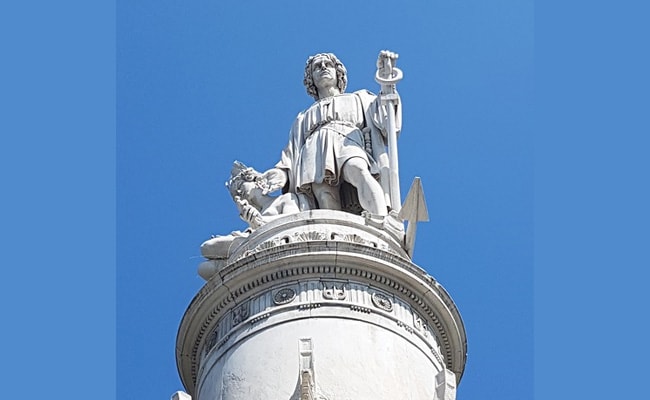 The DNA of bone fragments from Christopher Columbus are stored at Granada University (Representational).

Researchers said Wednesday they will restart a DNA study of the remains of Christopher Columbus to try to settle the question of where the explorer came from.

Was Columbus from the Italian port city of Genoa, as most historians believe? Or was he Spanish or Portuguese? There are several theories.

Five centuries after his death in 1506, this study could finally end the debate over the geographic origin of the navigator whose voyages on behalf of the Spanish monarchs between 1492 and 1504 opened the door to Europe's colonisation of the Americas.

The results of this "pioneering study" are expected in October, Jose Antonio Lorente, a professor of forensic medicine at Granada who is leading the investigation, told a news conference.

Launched in 2003, the study achieved a major breakthrough after DNA tests established that bones in a tomb in the cathedral in the southern city of Seville were those of Columbus.

But it was suspended in 2005 because the research team felt that DNA technology at the time required a significant sample of the bones of the explorer "to obtain very little information", said Mr Lorente.

The research team decided to preserve the bones "until there was better technology" which can use small bone fragments as is the case today, he added.

The DNA of small bone fragments from Columbus which are stored at a vault at Granada University in southern Spain will be compared to those from the remains of suspected family members of the explorer.

It will also be compared with the DNA of people alive with the same family name as Columbus from the different parts of the world where he is believed to have come from.

While Mr Lorente hopes the results will be "totally conclusive", he acknowledged researchers were not certain they could obtain genetic samples from all the bones "in sufficient quantity and quality to reach a conclusion".

"The goal is to try to offer as much information as possible for historians and experts to interpret," he added.