The video, shot by a co-passenger, shows the woman explaining the cabin crew that she needed some fresh air and touched the button to open the exit. 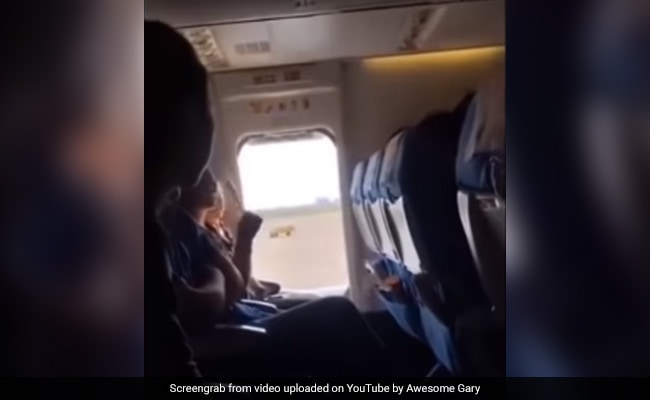 The cabin crew had alerted police, who apprehended the woman.

A video of a Chinese woman aboard a Xiamen Air jet opening the emergency exit of the plane, moments before take-off, because she felt too "stuffy" has gone viral over the Internet.

The incident happened on Monday aboard a plane flying from Wuhan, Hubei Province, to Lanzhou in Gansu, in China. According to cabin crew, the incident happened towards the end of boarding, which delayed the flight for an hour, The Sun reported on Wednesday.

The video has been watched more than 18 million times on the Internet and have received comments from across the globe. "Clearly the Air Con on plane wasn't working what choice did the lady have," a Twitter user wrote.

"Not shocking at all. Have seen them stand up and take their bags and stuff out of the overhead when the plane is on final approach," wrote another user.

The video, shot by a co-passenger, shows the woman explaining the cabin crew that she needed some fresh air and touched the button to open the exit.

According to the report, the cabin crew alerted the police, which apprehended the woman.