Zhang Yuanlin, chairman of Sinic Holdings Group, saw his net worth drop from $1.3 billion Monday morning to $250.7 million by the afternoon 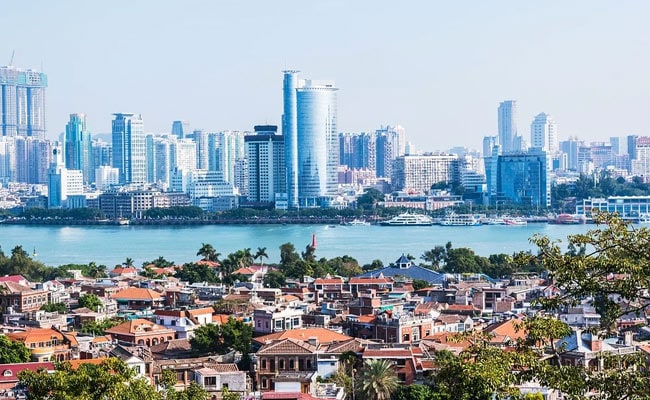 The boss of a Shanghai-based property developer lost more than a billion dollars Monday, as fears over the potential collapse of Chinese real estate giant Evergrande sent panic across Hong Kong trading floors.

Zhang Yuanlin, chairman of Sinic Holdings Group, saw his net worth drop from $1.3 billion Monday morning to $250.7 million by the afternoon, according to Forbes, when his firm was forced to halt trading in Hong Kong following an 87 percent slump in its share price.

Zhang was featured on Forbes' Billionaires list of the world's richest people this year and made his fortune in high-rise apartments -- now highly vulnerable as the possible collapse of teetering property giant China Evergrande sparks panic.

Sinic saw a sudden sell-off and massive increase in trading volume on its shares in the hours prior to its suspension, which comes just weeks before it must pay a 9.5 percent $246 million bond due on October 18, according to Bloomberg.

A spokesperson for Sinic did not respond to AFP's request for comment.

The firm is one of many seeing fortunes wiped over investor fears that Evergrande -- one of China's biggest developers -- will default on upcoming interest payments this week as it wallows in debts of more than $300 billion.

With the property sector estimated to account for more than a quarter of China's GDP, there are concerns of a spillover into the domestic and global economy.

The crisis has even triggered rare protests outside the company's offices by investors and suppliers demanding their money -- some of whom claim they are owed as much as $1 million.